Ace Baldwin Jr. Wins It At The Line For VCU 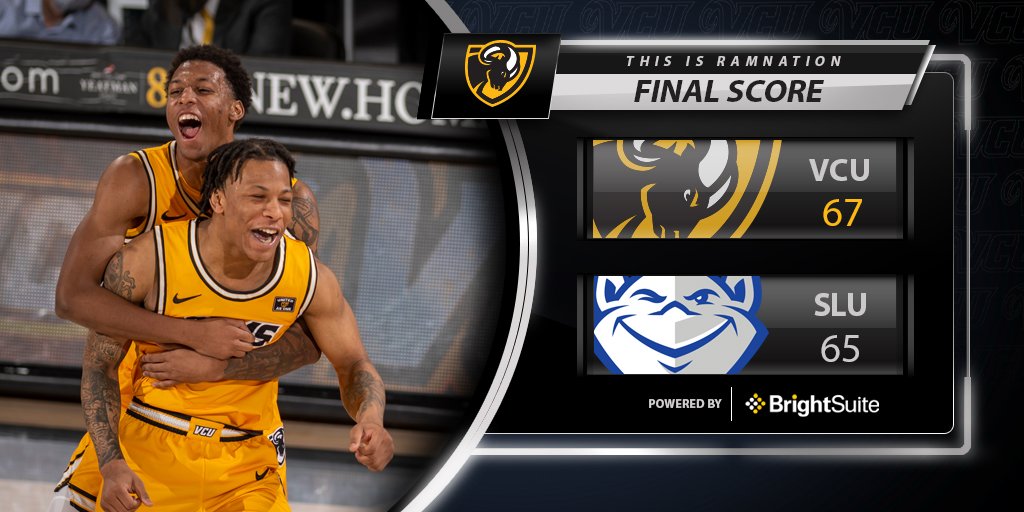 The first half was a back-and-forth affair that featured 12 lead changes. Saint Louis clung to a two-point lead with just over five minutes remaining in the half, but freshman guard Josh Banks knocked down a 3-pointer that sparked a 9-3 VCU run and gave the Rams a four-point lead at the break. After a strong start to the second half from Saint Louis, VCU looked to be on the ropes as momentum swung in the Billikens’ favor. With Saint Louis leading 44-39 six minutes into the second half, VCU ripped off a 10-2 run that spanned three minutes of game time. The run was capped off by a 3-pointer from Williams Jr. The Billikens held a 65-63 advantage with just over one minute remaining in the contest when Baldwin Jr. drew a pair of fouls and was a perfect 4-for-4 from the charity stripe down the stretch to give the Rams the game-deciding advantage. Saint Louis missed a long 3-pointer as time expired.

The story of the game was VCU’s squad depth. With the Rams without guards Bones Hyland and KeShawn Curry, VCU had to rely heavily on their freshmen class in a critical Atlantic 10 Conference match-up. The Rams four freshmen accounted for 106 of the 200 total minutes played yesterday. Baldwin Jr. tallied a career-high 15 points and recorded seven assists in the 22nd start of his young career. Freshman forward Jamir Watkins chipped in nine points, grabbed four rebounds, and recorded three assists in his first start in the Black and Gold. Josh Banks played the most minutes of his career and scored seven points and dished out two assists. Junior forward Vince Williams Jr. scored a team-high 16 points and tallied a career-high nine rebounds to help the VCU cause while senior forward Levi Stockard III contributed nine points on 57 percent (4-of-7) shooting from the floor against his hometown team on senior night.

With yesterday’s win, VCU improves to 11-4 all-time against Saint Louis, including 3-1 in the Mike Rhoades era. The Black and Gold are now 17-5 on the season and 10-3 in conference play which sees them tied for first place in the A-10 with St.Bonaventure’s. The Rams’ next scheduled contest will be on Saturday, Feb. 23 when they match up with Davidson in North Carolina. With a win this weekend, VCU will have at least a share of an A-10 regular-season championship and almost certainly an at-large bid to the NCCA tournament.