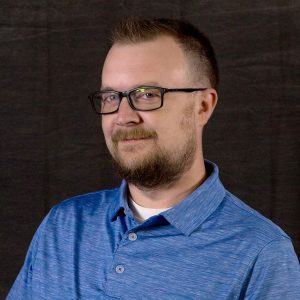 Jon Carpenter
Adviser
Jon Carpenter is a 2002 graduate of the Robertson School of Media and Culture at VCU (then known as the VCU School of Mass Communications) and has been working as an adjunct professor and adviser to WVCW since 2008. In addition to teaching the HUMS 291 - Working in College Radio and Radio Broadcast classes, he serves as the studio anchor of major events broadcast on WVCW, such as elections, the Christmas Parade, and breaking news events (as a student he was actually the anchor for WVCW’s 18 hour broadcast on 9/11). Prior to returning to VCU, Jon worked in commercial radio in the Richmond market, primarily working in promotions and on-air roles. Jon was a national finalist for the 2017 Intercollegiate Broadcasting System award for Best Academic Adviser and was a winner of the 2018 Intercollegiate Broadcasting System award for Best Giveaway item. Jon is a fan of French Dip sandwiches, trivia, Presidents, Marvel movies, his cat, and heavy sarcasm. He thinks that he is an INTJ on Myers-Briggs, but doesn’t really remember.
Office Hours: Tuesdays 4:00PM - 6:40 PM (Radio Class) Available by appointment

All classes will begin virtually, except in instances where a student is involved in clinical and field placements, practica, co-ops, internships and other work-related experiential learning activities.

All Posts By Jon

All classes will begin virtually, except in instances where a student is involved in clinical and field placements, practica, co-ops, internships and other work-related experiential learning activities. 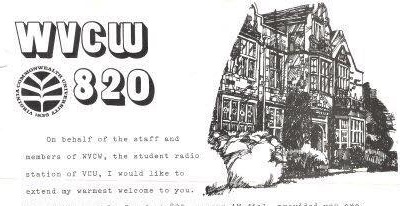 Alumni: We want to hear from you!

Are you bored? Feeling trapped inside? Longing for an outlet? You should return to your roots and do a radio show! The WVCW Alumni Show is your... 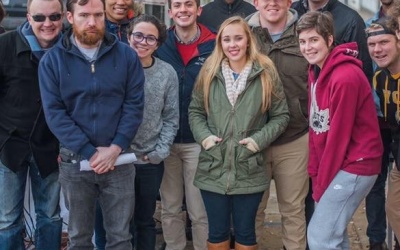 Interested in learning more about radio and podcasting? Join us this fall for the new HUMS 291 - Introduction to Radio class. This course will teach...

WVCW is submitting some audio for the 2016 College Media Associates Pinnacle Awards. Here's the breakdown of what we've submitted and the audio....

Cry Me A River