Day 5 of Training Camp for the Washington Redskins 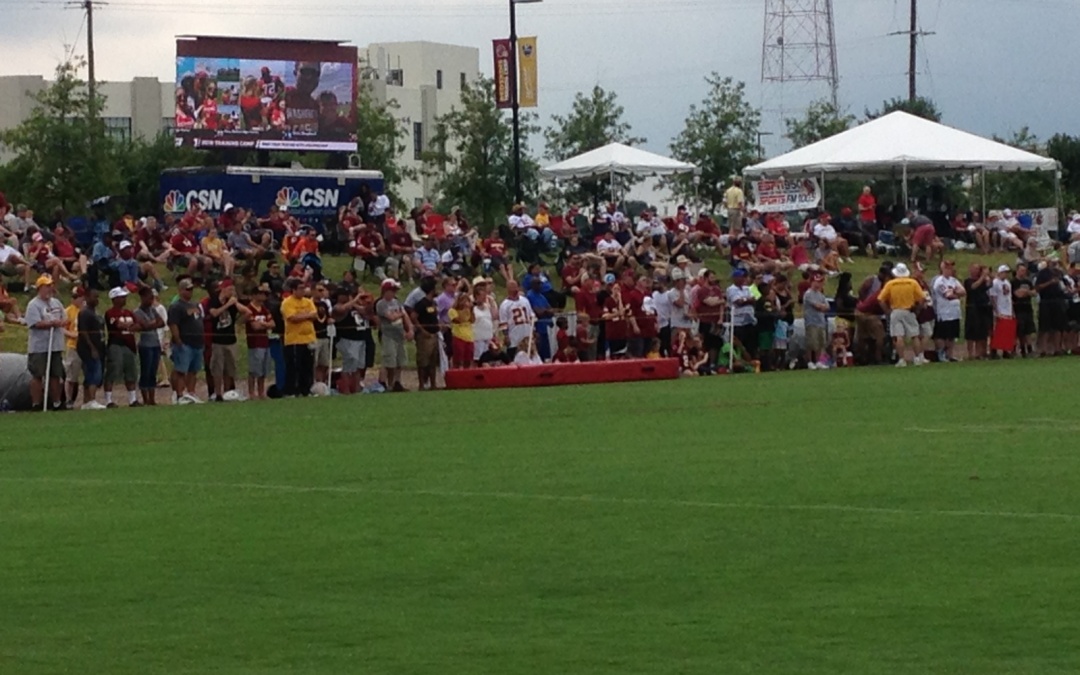 Training Camp so far for the Washington Redskins has been one not too many people are talking about. Other than signing Josh Norman in the off-season, the Redskins training camp has been a relatively calm one. In previous years, with the uncertainty at the quarterback position with Robert Griffin III and Kirk Cousins, there were a lot of distractions surrounding the team going into the season. Now, with Griffin in Cleveland and Cousins being the guy at quarterback for Washington, the Redskins can just focus on football.

“I don’t know if it’s been like that in the past, probably when I first got here, but our goal is to coach football and play football. We’re just trying to get the best out of our guys. We’re not trying to

do any crazy stunts off the field,” Head Coach Jay Gruden said.

During practice, right tackle Morgan Moses stood out to me as well as to the coaches. Moses is quicker moving his feet and watching him during drills, Moses is doing a better job of squaring up his body and keeping defenders in front of him allowing him to extend his arms and use his hands a lot more without holding.

A lot of the credit goes to offensive line coach Bill Callahan in helping Moses continue to develop. However, you can’t take away the influence Pro Bowl tackle Trent Williams is having on Moses as well.

“I took him [Moses] under my wing. He’s like a little brother to me. I see so much potential in him and so much talent in him, and you know, I’m just pleased to see how hard he works and how much he tries to continue to improve his game on the field and off the field,” Williams said.

In other news at training camp, rookie Su’a Cravens was held out of a practice today with what is believed to be a strained tendon near his hamstring.

“Craven just has a little sprained tendon on the back of his leg. Hamstring-type thing, I don’t know exactly what it is,” Gruden said.

Rookie running back Robert Kelley missed his second straight day of practice with a pulled hamstring and rookie wide receiver Josh Doctson remains on the physically unable to perform list (PUP). Also according to Gruden, tight end Derek Carrier probably won’t practice with the team in Richmond as he is still nursing his way back from a torn ACL and MCL.

Other Notes from Day 5 of Training Camp: