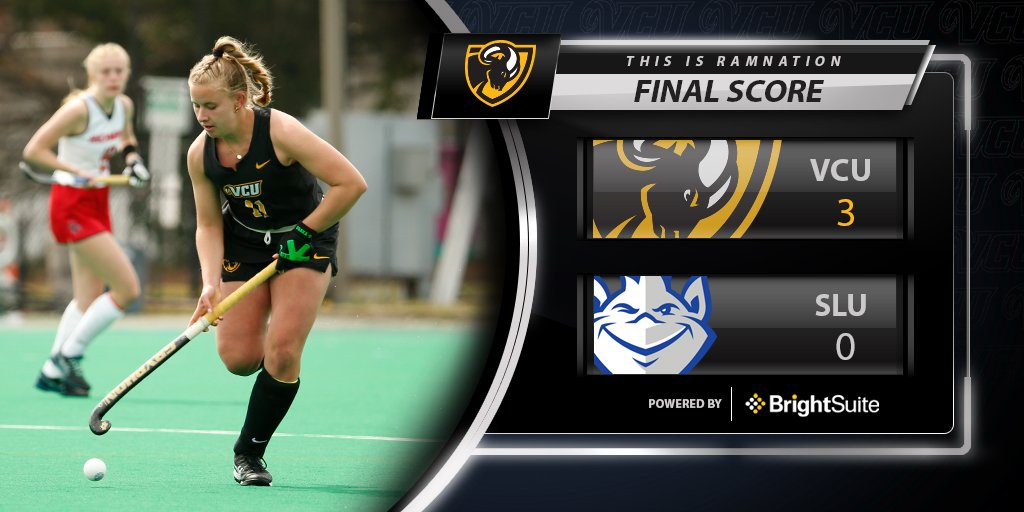 The Rams were in control of the game putting up a total of 26 shots with 17 being on goal compared to the Billikens 3.

The first period saw VCU being able to get 5 shots in and forcing 1 corner.

The first goal for VCU came from Emily Van Hijfte about a minute into the second period. Saint Louis tried to respond but were unsuccessful thanks to goalie Sasha Elliott. The Rams later forced a corner where Litiana Field tried to score but got blocked by Billikens goalie Kendyl Underwood. The ball rebounded though and Bridget McCormick scored VCU their third goal. The Rams headed into the second half with a 1-0 lead.

VCU was in control of the third period getting a goal by Janne Wetzel with assists from Maite and Svea Sturm. In the last four minutes of the period, VCU forced 4 corners with Field and Wetzel trading shots each time but none being able to go in. The Rams were 3-0 at the end of the third.

VCU didn’t let up at all in the fourth, putting up 6 shots and forcing 3 corners. Saint Louis was only able to get 1 shot in but it was blocked by Elliott.

McCormick got her fifth goal of the season while Van Hijfte and Wetzel each got their third and second goals. Field led the team with 7 shots with 5 on goal.