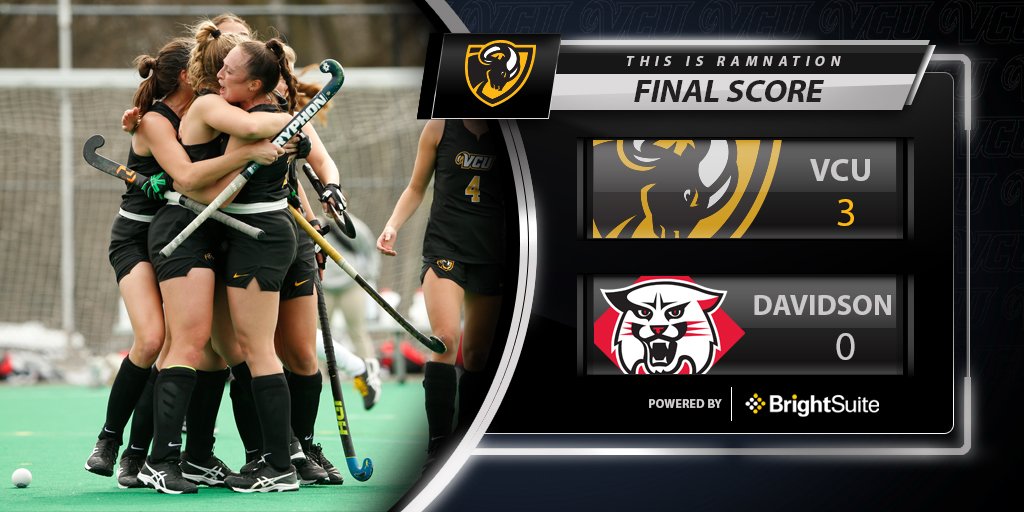 If the Rams were looking for a good start to the season, they’ve done that and more beating Davidson yesterday 3-0 to improve their record to 4-0 on the season.

Davidson started strong in the first period already pushing the tempo with Lena Stiebing taking a shot 50 seconds into the game followed up by a corner shot 3 minutes later. After that, the rest of the period was back and forth, with both teams not being able to get clean shots. The score at the end of the first was 0-0.

The second period saw both teams continuing to find their first goal, neither team with a clear advantage. With two and a half minutes left, however, Junior Litiana Field got her first goal of the season to give the Rams a 1-0 lead heading into the second half.

In the third period, VCU put the pedal down as they racked up a total of 10 shots and forced 5 corners on Davidson. This period saw Freshman Bridget McCormick score VCU their second and third goal, both coming off a corner. The second goal was assisted by Field. VCU held a commanding 3-0 lead into the fourth period. Davidson was only able to get up one shot.

In the fourth period, the Rams came out aggressive, though not as aggressive as the third. At one point, VCU took three shots and forced one corner in one minute. The Rams ended the period with four shots and three corners.

VCU shot a total of 18 with 50% being on goal. Davidson was only able to get 4 shots in with 50% also being on goal. Litiana Field led the team with 6 shots followed by Bridget McCormick with 4 shots.

The Rams will be back this Sunday at home when they will face off against Saint Louis at 1 p.m. who they beat earlier this season.