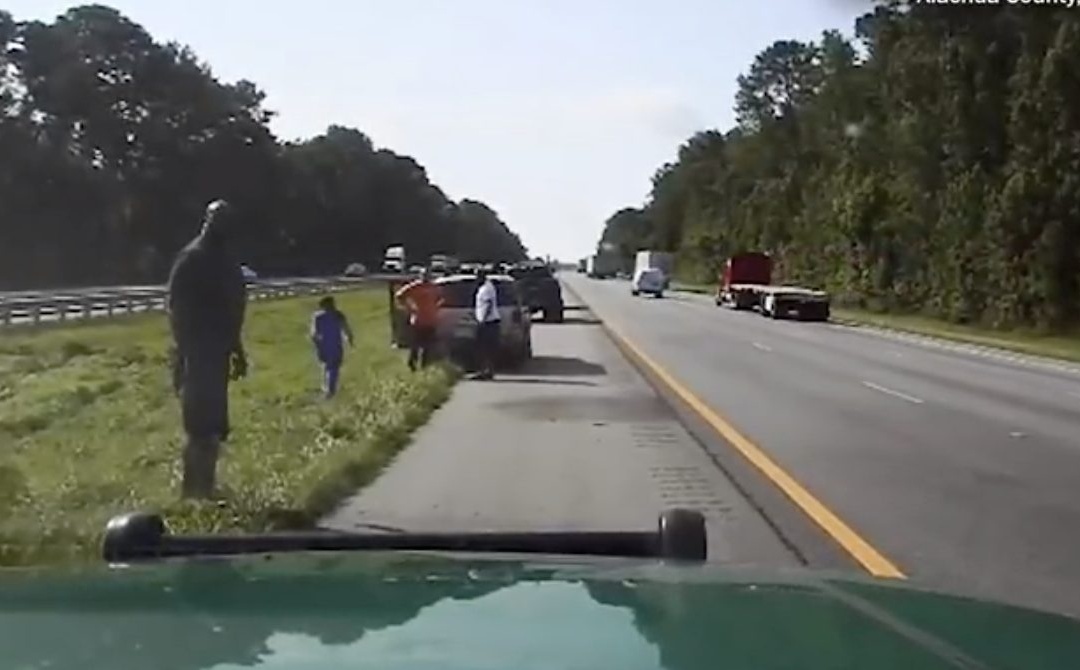 Source – Auxiliary deputy for the Broward County Sheriff’s office Shaquille O’neal was driving his car along I-75 near Gainesville, FL, when he spotted a woman who he claims “almost flipped” as her tire blew out. In a dash cam video released by Alachua County Sheriff’s department, the 15 time NBA All-Star and current NBA analyst for TNT can be seen waving to, greeting, and fist bumping officers as they arrived on the scene.

Shaq is far and away one of my favorite people. With a vast cornucopia of nicknames to choose from, like “Shaq”, “Diesel”, and “Big Aristotle” to name a few, what is there not to like about him? The Hall Of Fame Center has left his digital fingerprint all over the place in today’s world, whether it’s the hit show Inside the NBA, his awe inspiring twitter, or his legendary dance parties, I can say with certainty that you, the reader, have seen at least something from him. Shaq seems to be one of the more genuine people I’ve ever some across. I mean, how many people worth over $400 million would stop on the side of the road, in the middle of a pandemic, then wait around with you for an undisclosed amount of time until the police arrived to help? Not Many.

The weirdest part about this entire video is the fact that no one is freaking out about meeting Shaq, which has to be a huge relief for the guy. Shaq is over 7 feet tall and 300+ lbs, which arguably makes him one of the most distinct human beings on the planet and inarguably makes him the best person to wave down the police.