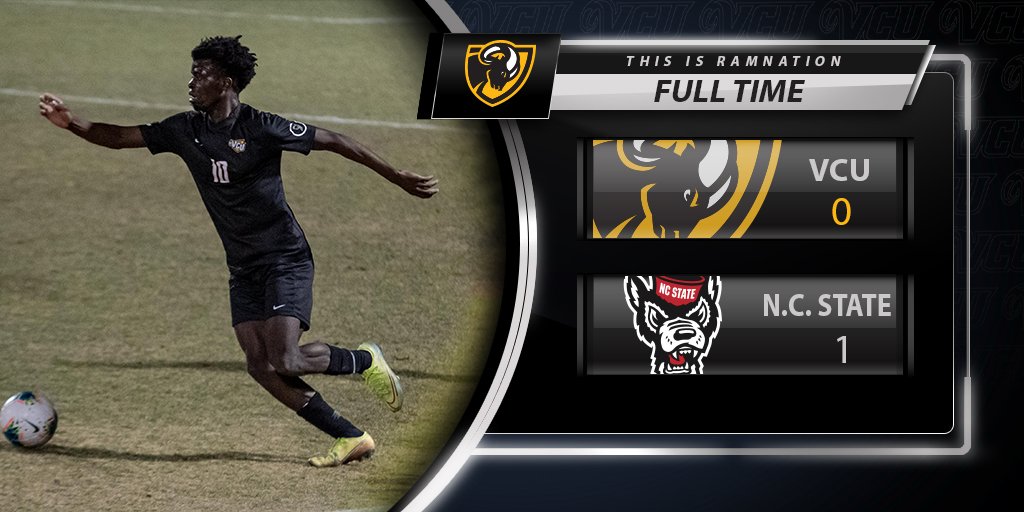 The VCU men’s soccer team lost their home season opener against the North Carolina State Wolfpack one goal to nil.

The Rams played their first game of the season after tying the Georgetown Hoyas 1-1 in an exhibition game on Feb.10. VCU had a 14-day break due to COVID-19 related cancellations and postponements.

VCU senior goalkeeper, Mario Sequeira, got his first save of the night in the 11th minute when he stopped freshman forward Tal Segev’s low shot.

Redshirt-senior forward Biska Biyombo got the Rams first opportunity on goal in the 16th minute when he received a through ball from redshirt-junior midfielder Fiorra Mane. Biyombo did well to control the pass and get a shot on target, but it was saved by redshirt-junior goalkeeper Leon Krapf.

Segev scored a unique first collegiate goal in the 40th minute to give the Wolfpack the lead. Segev’s solo effort came from his corner kick which fell into Sequeira’s gloves before he and the ball fell behind the goal line.

The physical Wolfpack team ended the first half with four shots while VCU only managed one. The Rams were fouled eight times in the first half and struggled to maintain possession.

VCU improved in the second half and spent the majority of the time with possession of the ball. Sophomore midfielder Celio Pompeu was a bright spot for the Rams. In the first half, Pompeu was assigned to lead the attack as the central forward. Towards the end of the second, Giffard moved Pompeu to the left-wing position where he thrived as a creative playmaker. The Brazilian player used his dribbling skills to get by the much larger Wolfpack defense. He sent several crosses into the goal-scoring area, but none were met with a finishing touch. Senior defender Ulrik Edvardsen got the Ram’s best shot on goal in the 70th minute when he headed the ball from the penalty spot. The ball soared over Krapf’s head, but it bounced off the top woodwork.

The Rams put on consistent pressure in the second half and created more scoring opportunities. After only putting one shot up in the first half, the Rams ended the game with seven shots.

VCU will look to bounce back on Feb.27 when they travel to Johnson City, Tennessee to take on Eastern Tennessee.