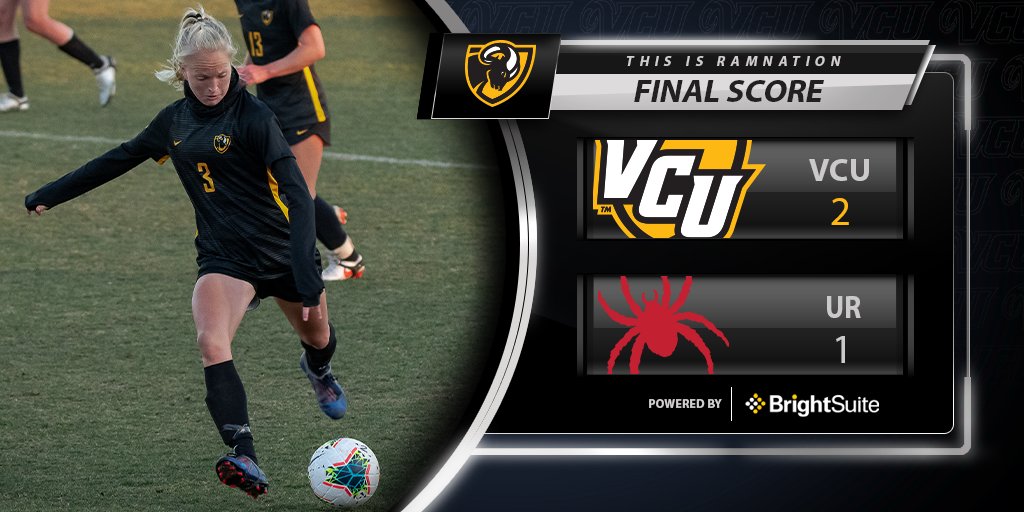 The energy at Sports Backers Stadium for VCU women’s soccer 2-1 comeback derby win against the University of Richmond was palpable. For the players, it was 90-minutes of blistering offensive pressure with 26 shots between the two sides; for the fans, it was a 90-minute yelling match.

The hostile energy was not regulated to the stands. VCU committed 10 fouls while Richmond committed 11 and picked up two yellow cards.

VCU controlled possession in the first half but could not capitalize on any of their six shots. Richmond freshman forward June Stevens found the back of the net in the 38th minute to give the Spiders the advantage heading into half-time.

The Rams equalized in the 50th minute when junior defender Amber DiOrio scored her first collegiate goal, adding the finishing touch on a bouncing ball in front of the goal.

Richmond added offensive pressure after VCU’s goal and had a laser beam of a shot from redshirt-junior Alyssa Walker blocked on the line by VCU senior left-back Karen Lohrman.

VCU took the lead off of an Emma Kershner converted direct-kick. The sophomore midfielders shot from the edge of the box floated right out of reach of the Spider’s goalkeeper and into the top right corner.

VCU had a flurry of chances from the likes of Jerabek and Kershner following VCU’s second goal. Richmond dominated the final 15 minutes shooting four shots in an attempt to find a late equalizer that never came to fruition.

The Rams move to 6-4-1 with only two regular-season matches left before the conference tournament starts.

All The Beautiful Things U Do

All The Beautiful Th