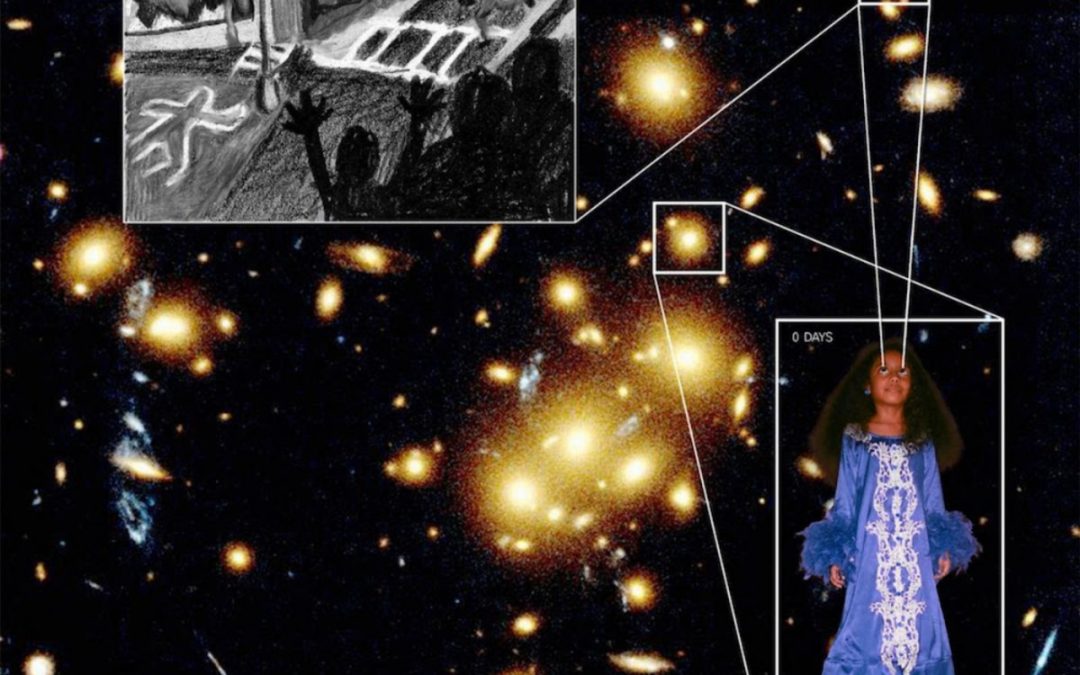 After almost three years, New York art-ensemble Standing on the Corner have released a new multi-track single, titled “G-E-T-O-U-T!! The Ghetto.” I fell in love with Standing on the Corner after listening to their self-titled album last year, which I’ve played on repeat ever since. Their combination of jazz, funk, soul, hip-hop, and indie rock was something I had never heard before and something I still struggle to find replicated. Saturated with synths, samples, and heavy vocal effects, their first album feels like a fever dream. But a good one.

With their latest work, there seems to be a change of pace, while still maintaining the same uniqueness I mentioned before. The keyboards and effects from the first album remain prominent features of the single, but we hear a much more homogenous sound from the three tracks than before and nearly no vocals. The three tracks run into each other incredibly well and almost seems to create a story arc with their progression. The first song, “G-E-T-O-U-T!! The Ghetto – Pt.I,”  starts the single at a high pace, with a mash of synth, clav, drums, and bass. The next track, “G-E-T-O-U-T!! The Ghetto – Pt.II,”  is a much slower, almost orchestral-sounding five minute synth track backed by percussion and strings. This pace change breaks up the single really well and gives it a much more full sound than I expected from a project with a 15 minute runtime. The finishing track “Zolo Go” seems to provide a resolution to the two songs, giving a long, drawn out finishing sequence to the single.

When I saw that “G-E-T-O-U-T!! The Ghetto” was released, I envisioned something similar to their self-titled album, and in all honesty I was slightly disappointed to see an entirely different approach. The single seemed a little strange to me at first but after a few listens I really started enjoying it. While I loved the vocals on Standing on the Corner, I think that anything similar would not have worked, and the decision to have what little vocals there were on the album sung by 7-year-old Annalise Chanel Renee Williams seemed to actually work very well.

All in all I give “G-E-T-O-U-T!! The Ghetto” an 8/10. While hesitant at first, I enjoyed this new take on their style and really look forward to what they have in store for the future. Standing on the Corner has released a 12” vinyl of the single available here, with proceeds going to Therapy for Black Girls and Ancient Song Doula Services.