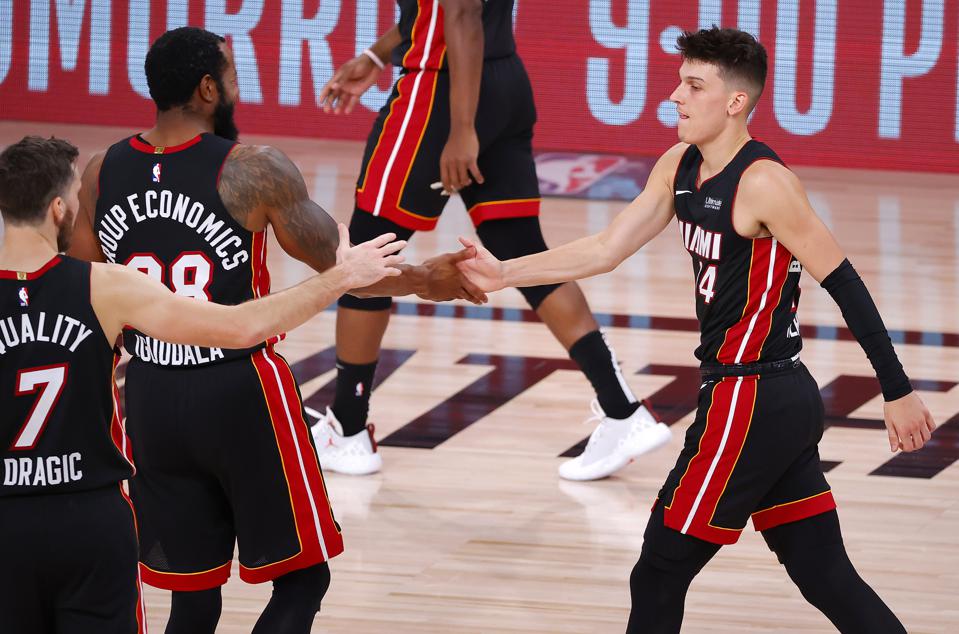 The Miami Heat are only one win away from making the NBA finals as a 5 seed and that’s all thanks to a walking bucket named Tyler Herro.

Scoring 37 points in 36 minutes OFF THE BENCH last night, Herro looked to be on a whole other level. While the rest of the Heat squad, looked pretty cold if you ask me. In fact, only one other member of the Miami heat shot over 50% from the field and that, was none other than Bam Adebayo. Another, very good basketball player.

Herro’s near 40 bomb was the most points put by by a 20 year old in a playoff game since Magic Johnson dropped 42 in 1980, and the only other person to do it before him, was Wilt the Stilt with his (alleged) 100 point game.

The Miami Heat would become lowest seeded team to reach the NBA finals since the 98-99 New York Knicks, who made it as an 8 seed. Which is none other than incredible. The bubble did a lot of good for a lot of teams, like the Phoenix Suns, who went 8-0 in the bubble, but no more than the Heat. Going into the second round, it seemed that Miami would be heading into a death trap as they went on to face the top seeded Milwaukee Bucks, but Herro and co said “No!” and promptly beat them in a gentleman’s sweep of 4-1, shocking the Bucks and the nation as they continue to put on a show that could lead them to the promised land.