VCU Advance To The A-10 Championship 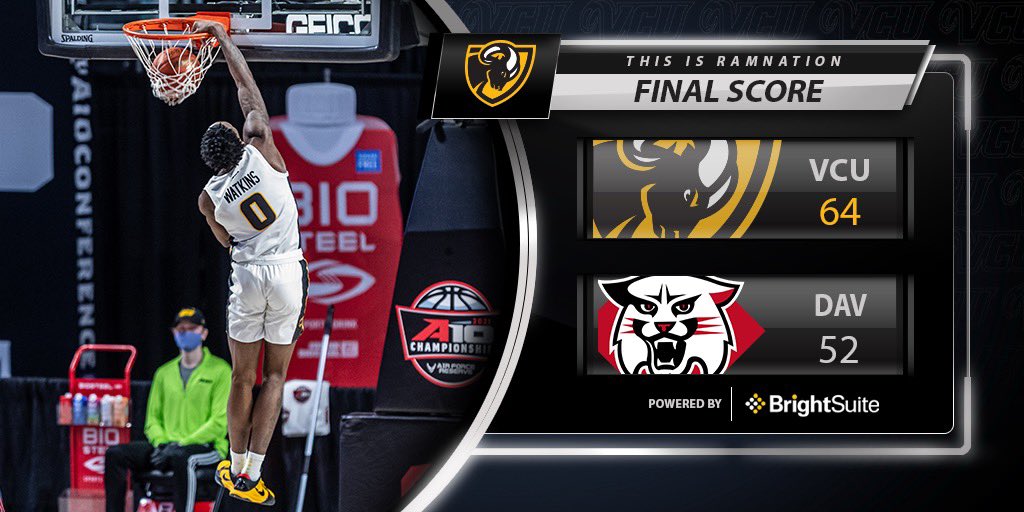 Defense ruled the day as VCU sophomore forward Hason Ward led the Rams with four blocks and the Black and Gold held the Wildcats to just 30 percent (17-for-57) shooting in the game.

“No matter what you never count out young people that have the same purpose,” Rhodes said. “Even though we are a young team and at times immature and emotional, I just really loved our fight and we stuck to the game plan most of the game.”

Senior forward Corey Douglas said, “In the first half, I felt we had a lot of good takes; we just didn’t finish well.”

In the second half, Watkins and Douglas provided the lift that VCU needed following their early struggles from the field. Douglas scored three straight baskets during one critical stretch to give the Rams a The two combined for 18 points off the bench in a second-half which featured VCU shooting 64 percent (17-of-36) from the field.

Douglas did not register a single shot attempt in the first half but then proceed to connect on all five of his field-goal attempts on the way to 10 points and five rebounds for VCU.

“These guys had some experience, some familiarity,” Rhoades said. “They did a great job with the scouting report and walk-through.”

After beating Davidson, VCU will square off with No. 1 seed St.Bonaventure’s in the A-10 championship game in Dayton, Ohio on March 14th. St.Bonaventure’s beat Saint Louis on Saturday night 71-53 in the first A-10 semifinal game.

The Rams split this year’s series with the Bonnies, losing in Olean 70-54 in a second-half collapse and then winning the rematch in Richmond 67-64 on February 12th.

VCU advances to its sixth A-10 Championship Game since it joined the league in 2012. It is the first time since 2017 that the Rams will compete for the A-10 crown.

Sophomore standout Bones Hyland was asked what making it into the title game means for the 9th best team in the A-10 according to the preseason poll.

“It shows how tight of a bond we have honestly,” Hyland said, “Just sticking together when we face adversity.”

The Rams will play against St.Bonaventure’s next Sunday In UD Arena at 1 p.m. The game will be televised on CBS.