VCU Fall To Rhode Island In A-10 Home Opener 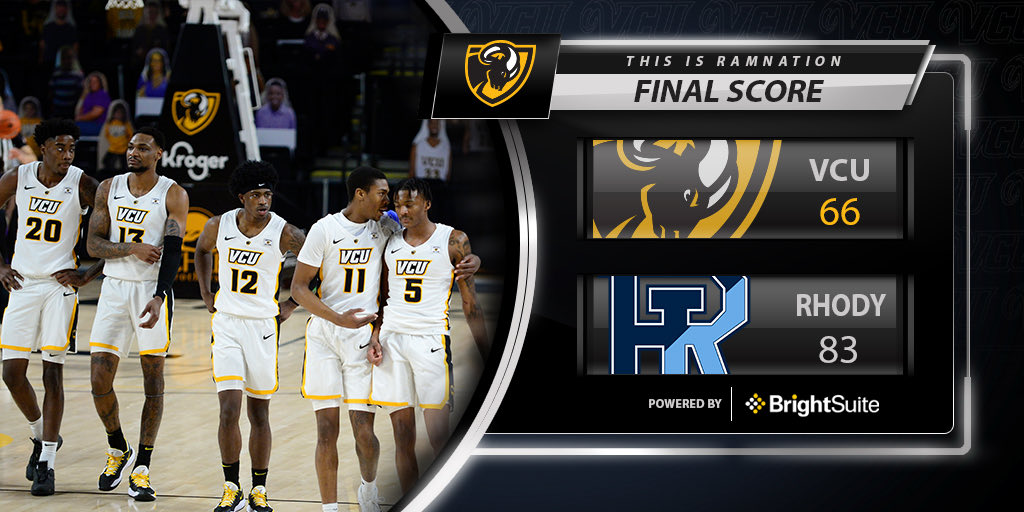 VCU battled hard in a back-and-forth first half. At the under-16 media timeout, VCU trailed 9-8, with 15:03 left in the half after back-to-back threes from junior Vince Williams and sophomore Bones Hyland. Rhode Island would respond with back-to-back threes themselves to keep their lead at one point after 13 minutes of play. The tight affair would continue into halftime after a pretty fall away jump shot on the baseline by freshmen Jamir Watkins to sent the game knotted at 40 at the half. Rhode Island would go on a scoring run of 17-2 over more than six minutes in the second half to take a commanding 71-56 lead with 7:05 left. URI forced 14 turnovers, converting those into 21 points up to that point. Fatts Russell would go on to punctuate the decisive run with a step-back 3-pointer as the shot clock expired. Hyland finished the game with 24 points but they weren’t enough to leave with a victory. Rhode Island won the rebounding battle 41-26 overall, including 25-8 in the second half and Rhody shot .481 (26-of-54) from the field, including .571 (8-of-14) from 3-point range. VCU is now yet to beat Rhode Island in their last 9 contests, the black and gold have not defeated Rhody since February 16th, 2016. VCU is 9-3 (2-1 A-10) so far this season, while Rhode Island is now 6-6 (4-2) for the season.

The story of the game was Rhode Island’s backcourt. Senior guards Fatts Russell and Jeremy Shepard lead Rhody to a convincing win on the road. Russell scored 23 points, with 20 of them coming in the second half of play, while Sheppard scored 20 points himself. The pair each shot 50% from three-point land, both going 2-4. The pair also chipped in 16 rebounds and four steals in the game. The seniors were crucial down the stretch and on Rhody’s 17-2 run in the second half, that pushed the game out of VCU’s grasp.

VCU will next head to the nation’s capital for a date with the George Washington Colonials on Wednesday, Jan. 13 at 2 p.m. The game will be broadcasted on NBC Sports Washington.