VCU Look To Bounce Back Against The Bilikins 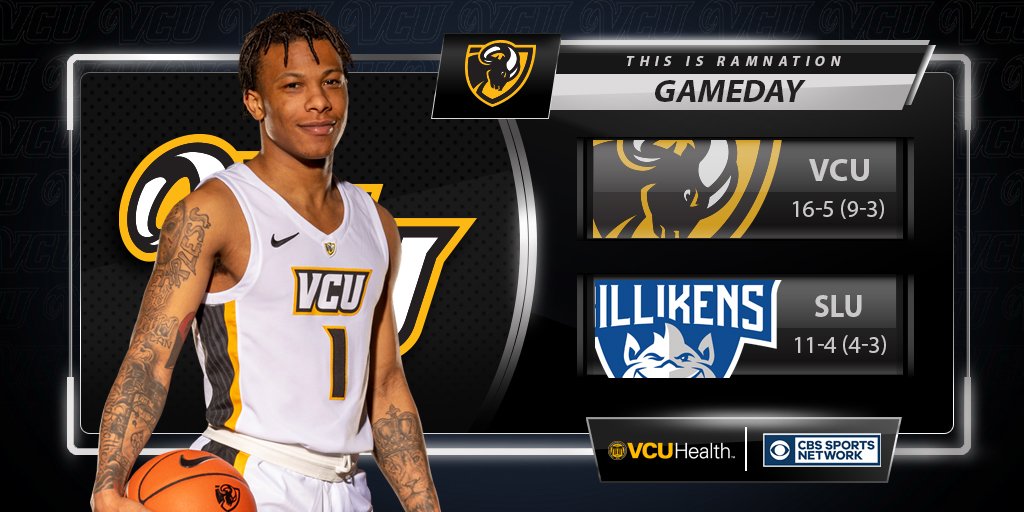 RICHMOND, Va. — The VCU Rams look to bounce back against the Saint Louis Billikens after their loss Saturday to George Mason.

The Billikens are led by Head Coach Travis Ford. Ford is in his fifth season leading the Saint Louis men’s basketball program. Hired in March 2016, Ford inherited a program that won 11 games in each of the two years prior. He has proceeded to improve the Billikens’ win total over the last four seasons. Saint Louis captured the 2019 Atlantic 10 Conference Championship and went to the NCAA Tournament. Over the last two seasons, Ford has guided the Billikens to a 46-21 record thanks to back-to-back-23 win campaigns. This year’s Saint Louis team was picked to finished second in the Atlantic-10 conference and was even ranked as high as No. 22 nationally after an impressive non-conference performance. The Billikens had an outbreak of COVID-19 that impacted at least 11 players, as well as coach Ford which resulted in a 33-day layoff between games. Their layoff was among the longest in the country. So far this season Saint Louis is 11-4 overall, and 4-3 in conference play. Saint Louis has picked up wins against LSU, NC State, and St.Bonnaventures but lost to Dayton for the second time this season last time out.

The players to watch are Jordan Goodwin for the Billikens and Vince Williams for the Rams.

Jordan Goodwin is a 6 foot 3 guard from Centerville, Il. The senior was a preseason All-Conference First Team and All-Defensive team selection. Goodwin is currently averaging 14.6 points, 10.4 rebounds, and 3.6 assists per game. So far this season he leads his team in rebounds and steals while also being the team’s second-leading scorer. Goodwin is a do it all type of guard. He is a lock-down defender and tenacious rebounder at 6’3 200 lb, but he is also a capable passer and three-level scorer on offense shooting45.2% from the field. Coming out of high school Goodwin was the all-time leading scorer at Althoff Catholic’s, ranked No. 55 in the ESPN Top 100 rankings for 2017, and was a consensus four-star recruit.  Last year Goodwin Started all 31 games, averaging a double-double of 15.5 ppg and 10.4 rpg. on his way to earning First-team All-Conference, and A-10 All-Defensive team honors.

Vince Williams is a 6 foot 6, 220 lbs junior from Toledo, Oh. The forward is a versatile wing that plays the small forward and power forward position for VCU. Williams is a point forward, able to dribble and pass like a guard but still give you the rebounding and defense of a forward. The junior is currently the team’s second-leading scorer at 10.9 points per game and the team’s leading rebounder at 5.2 rebounds per game. Williams started the season on the bench for the Rams but when junior guard KeyShawn Curry went down early in the season with a shoulder injury, Williams took advantage and never looked back. So far this season William’s has easily been VCU’s most improved player. He went from averaging 4.2 points per game while shooting 34.2% from the field and 20% from three to now averaging 10.9 points per game while shooting 42.1% from the field and 40.5% from three. With sophomore standout, Bones Hyland out of tonight’s game with an ankle injury, Williams is going to be asked to take care of some of the ball-handling responsibilities along with freshmen point guard, Ace Baldwin. Williams, Baldwin, and Levi Stockard III are going to be relied on heavily throughout the night to make up for the 19 points they will be losing with Hyland out of the lineup. It is going to take a complete team effort from the Rams to take down this veteran Saint Louis team.

Tip-off is set for 6:00 p.m. on Tuesday, Feb. 23 at the Stuart C. Siegel Center. The game will be broadcasted on CBC Sports Network.