VCU Take On Rhode Island In Their A-10 Home Opener 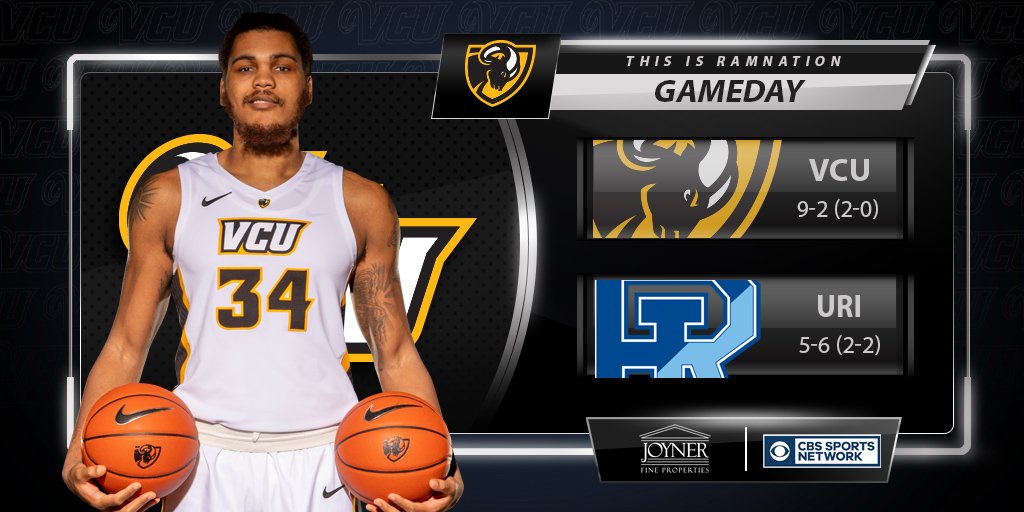 RICHMOND, Va. — The VCU Rams will host the Rhode Island Rams, Saturday afternoon. The No. 6 and No. 9 ranked teams in the Atlantic 10 Conference preseason poll will battle it out at the Stuart C. Siegel Center.

Rhode Island is led by Head Coach, David Cox. Cox was named the 20th head coach in Rhode Island men’s basketball history on April 4, 2018, after spending four seasons as an assistant coach in the program. Through his first two seasons, Cox is 39-24 giving him a .619 winning percentage. Only three other coaches have a higher winning percentage in program history. Rhode Island finished last season with a record of 13-5 in league play, which is tied for the third-most conference wins in a season in Rhode Island history. Junior Fatts Russell earned Atlantic 10 First Team All-Conference and All-Defensive Team honors, while senior Jeff Dowtin was a third-team selection. So far this season URI are 5-6 overall, and 2-2 in conference play. They picked up quality wins against USF and Seton Hall but lost to Richmond 80-73 in their last time out.

The players to watch in this game are Fats Russell for Rhode Island and Bones Hyland for VCU.

Daron “Fatts” Russell is a 5’11 point guard from Philadelphia, Pa., currently averaging 14.7 points, 4.2 assists, and 3.9 rebounds per game. The senior was a preseason All-Conference First Team selection for the 2020-21 season, along with being named to the Naismith Player of the Year watch list and the Bob Cousy Award watch list. Russell was named 1st Team All-Conference and A-10 All-Defensive Team in the 2019-20 season. The name of Russell’s game is speed, he is the fastest player on the court every time he laces up his shoes. He plays the game like he is using a stick shift. He switches gears to keep the defense guessing and on their toes at all times, which tends to result in him finding his open teammates for a basket or for him to score a basket himself. Last year Russell averaged a team-best 18.8 points per game while also leading the team in assists (4.6) and steals (2.9) per game. Russell is coming off an 18 point, 4 assists, and 2 steal performance away at the University of Richmond. The senior is among a few players battling for the title of A-10 Player of the Year.

Nah’Shon “Bones” Hyland is a 6 foot 3 sophomore point guard from Wilmington, De. He is a playmaker on both ends of the floor, whether it be jumping in the passing lanes for a steal or hitting a step jumper with a hand in his face. The preseason All-Conference Third Team selection is currently VCU’s leading scorer at 17.6 points per game. Hyland is coming off an outstanding game against George Mason. He scored a game-best 23 points while shooting 43.5% from the field. He also chipped in 10 rebounds, 3 steals, and 2 assists against the Patriots. That was Hyland’s first-ever double-double in a VCU uniform but I am sure it will not be his last.

Tip-off is set for 2 p.m. on Saturday, Jan. 9 at the Stuart C. Siegel Center. The game will be broadcasted on CBS Sports Network.