VCU Take On Richmond In The Capital City Classic 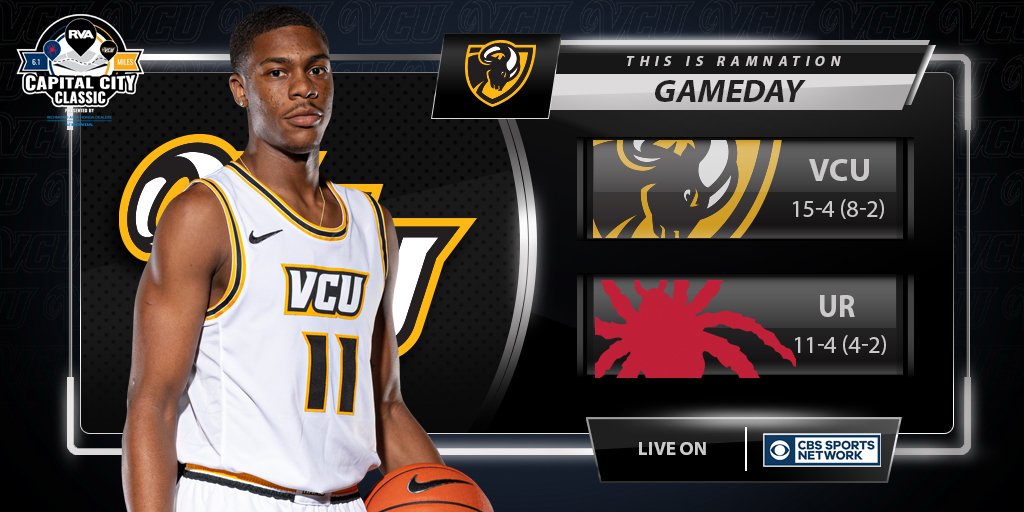 RICHMOND, Va. — The Rams are hosting the Spiders at the Stuart C. Siegel Center on Feb. 17 to retain first place in the Atlantic 10 standings.

Richmond is led by Head Coach, Chris Mooney. Mooney is the winningest coach in Richmond basketball history, having won 274 games in 15 seasons with the Spiders. In 2019-20, Mooney led Richmond to one of the best regular seasons in program history and was on the verge of taking the Spiders to the NCAA Tournament for the third time when the postseason was canceled due to COVID-19. Despite not having a senior on the roster, the Spiders went 24-7, tying the school record for regular-season wins, and posted three wins over power-conference opponents. Richmond went 14-4 in conference play, a program record for conference wins in a season, and finished second in the Atlantic 10, the highest regular-season finish for UR since joining the conference in 2001. Mooney’s Spiders relied on a starting lineup comprised entirely of juniors, three of whom (Jacob Gilyard, Blake Francis, and Grant Golden) earned All-Atlantic 10 honors following the season. So far this season the Spiders are 11-4 overall, and 4-2 in conference play. After an extremely strong start to the season, the Spiders had to put the program on pause multiple times due to COVID-19 protocol.

The players to watch in this game are Jacob Gilyard for Richmond and Bones Hyland for VCU.

Jacob Gilyard is a 5’9 guard from Kansas City, M.O., currently averaging 11.4 points, 5.3 assists, and 3.8 steals per game. The senior was a preseason All-Conference First Team and All-Defensive team selection. Last season Gilyard was named A-10 Defensive Player of the Year, First Team All-Atlantic 10, and A-10 All-Defense Team after averaging 12.7 points, 5.7 assists, and 3.2 steals per game in 31 contests. He helped his team achieve an 11-4 record in conference play which gave his team a 2nd place finish. Gilyard finished his junior campaign as 1 of 10 semifinalists for Naismith National Defensive Player of the Year after leading Division I with 3.2 steals per game and recording 99 steals, breaking his own Richmond single-season record. He also finished 10th in Division 1 in assist-to-turnover ratio (2.97). On January 11th of this year, Gilyard became the Spiders career steals leader with his 228th career steals. Gilyard is the total package, if he was a few inches taller he’d be in the NBA. Gilyard is relentless on both ends of the court, constantly running around making plays. On offense, Gilyard is a three-level score and dime dropper. He uses his elite speed and quickness to blow by defender causing all kinds of trouble for the other team. On defense, Gilyard is like a thief in the night, always lurking. He is most dangerous when you can’t see him, he’ll come from the weak side or from behind you to break up plays or to take it all the way for a score. Gilyard may be the best defensive back in D-1 basketball.

Nah’Shon “Bones” Hyland is a 6 foot 3 sophomore point guard from Wilmington, De. He is a playmaker on both ends of the floor, whether it be jumping in the passing lanes for a steal or hitting a step jump shot with a hand in his face. The preseason All-Conference Third Team selection currently leads his team in scoring and steals at 19.3 points and 2.1 steals per game. Hyland is coming off a good game against St.Boneventures where he scored a team-high 22 points, going 9 of 10 from the free-throw line including 4 for 4 to help secure the major win. He also chipped in with 8 rebounds against the Bonnies. Hyland now has had nine 20-plus point games in his sophomore campaign, and he currently ranks No. 3 in A-10 scoring this season. The sophomore has led a young Rams team to the best record in the A-10 and a chance at a regular-season championship.

Tip-off is set for 7 p.m. on Wednesday, Feb. 16 at the Stuart C. Siegel Center. The game will be broadcasted on CBS Sports Network.