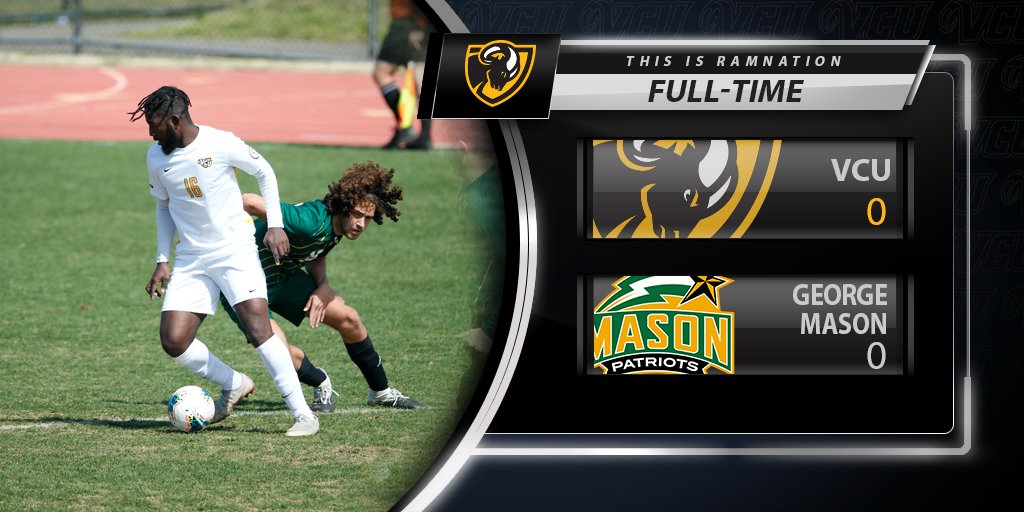 VCU men’s soccer picked up their second draw of the season after tying George Mason University 0-0 at home.

VCU controlled possession and showed composure to start the first half. George Mason grew into the game and ended the half with seven shots.

At the end of the first half VCU had put only one shot on target. The closest VCU got to scoring was after a volley from Elton Quintanilla 33 minutes into the first half. The freshman forward’s shot bounced off the top of the woodwork.

Similarly to the first 45 minutes, VCU controlled possession and limited George Mason’s chances on goal to start the second half. The Rams allowed two shots on goal in the second half after allowing seven in the first half.

VCU senior midfielder Oquin Robinson received a yellow card for a dangerous tackle in the 62th minute. On the other side, George Mason’s sophomore forward Kent Harrison was shown a yellow card after flopping in VCU’s goal box in the 66th minute.

Both teams were held without a shot from the 58 to the 78th minute. VCU senior defender Simon Fitch had VCU’s first chance since the 34th minute in the 78th minute but George Mason freshman goalkeeper Jackon Lee earned his second save of the game.

Senior forward Biska Biyombo had VCU’s closest chance of the second half when he received a “1-2” pass from freshman forward Nolan Coetzee in the 77th minute. Biyombo could not gain control of the pass and kept VCU level at nil to nil.

With under 2 minutes left in the second half, George Mason’s freshman forward Peter Kim skied the ball over the goal after getting by VCU’s left flank. The teams headed into overtime scoreless.

Neither team could apply the finishing touch in the first 10 minute period of extra time. Coetzee had VCU’s closest chance of the game when he received the ball in a one-on-one situation with Lee. Mason’s keeper made the save and triggered a flurry of offensive pressure from the Rams.

Coetzee was pulled down in the Mason goal box with five minutes remaining in the second overtime period, but the foul went unseen by the referee. Mason’s Kent had a chance to close off the game in the 107th minute, but his shot went just over the bar keeping the score 0-0 to end the game.

The Rams’ will travel to play the George Washington University Colonial on March 27 at 1 p.m.