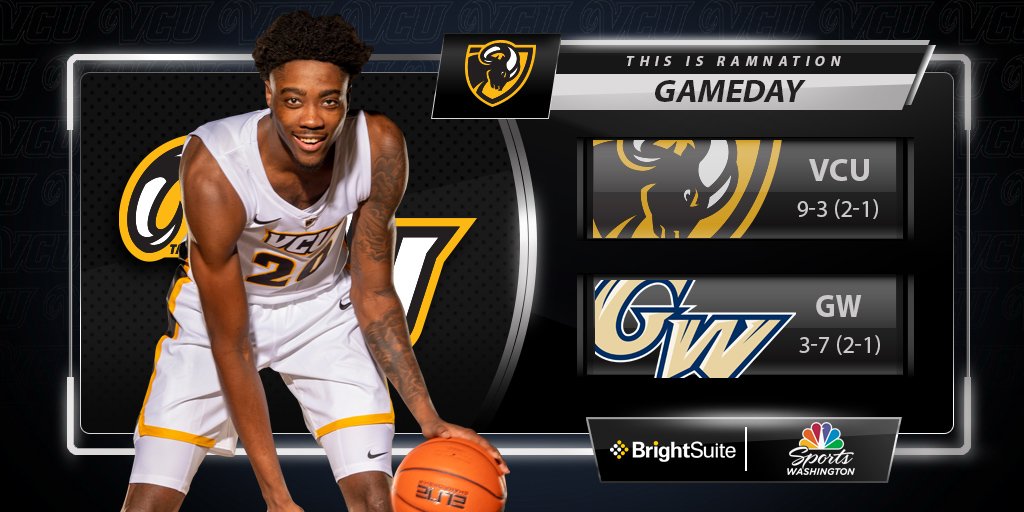 RICHMOND, Va. — The VCU Rams will look to bounce back after their loss to Rhode Island last Saturday, as they take on the Colonials of George Washington.

George Washington is led by Head Coach, Jamion Christian. Christian is in his second season in charge of the Colonials after coaching at Mount St. Mary’s and Siena. Christian led the Mount to a pair of NCAA Tournament appearances and a 67-39 conference record in six seasons before taking the helm at Siena, where he led the Saints to a nine-win improvement in his lone season. Chrisitan spent one season as an assistant coach at VCU, where he helped the team to a record 29 wins, a Colonial Athletic Association Championship, and an NCAA Tournament appearance in 2012. GWU finished 12-20 overall, 6-12 in the conference last season. The Colonials were picked to finish No. 11 in this season’s A-10 Preseason Poll. So far this season GWU is 3-7 overall, and 2-1 in conference play. They picked up wins against Fordham and Duquesne but lost to Navy, Hampton, and William & Mary.

The players to watch in this game are James Bishop for George Washington and Bones Hyland for VCU.

James Bishop is a 6’2 point guard from Baltimore, MD., currently averaging 19.7 points, 6.1 assists, and 3.2 rebounds per game. The sophomore is in his first season in the nation’s capital after transferring from LSU in the spring. Bishop played in 16 games for the Tigers last season, averaging 8.5 minutes and 3.1 points per game. Bishop was a 4-star prospect coming out of high school according to ESPN, with offers from Marquette, St. Johns, and Cincinnati. The left-handed point guard is smooth with the basketball in his hands, never rushed. He is an excellent passer and a willing scorer for GWU. The Colonials like to use him in pick and roll situations where he can pick apart defenses with the pass, shoot, or dribble. Sophomore forward Jamison Battle is also someone to keep your eye on for the Colonials. He averages 18.4 points and 5.9 rebounds per game.

Nah’Shon “Bones” Hyland is a 6 foot 3 sophomore point guard from Wilmington, De. He is a playmaker on both ends of the floor, whether it be jumping in the passing lanes for a steal or hitting a step jumper with a hand in his face. The preseason All-Conference Third Team selection is currently VCU’s leading scorer at 18.2 points per game. Hyland is coming off an outstanding game against Rhode Island. He scored a game-best 24 points while shooting 42.1% from the field. He also chipped in with 5 rebounds, and 2 steals in the loss. Hyland now has five 20 plus point games this season, and he currently ranks No. 5 in A-10 scoring this season.

Tip-off is set for 2 p.m. on Wednesday, Jan. 14 at the Charles E. Smith Center. The game will be broadcasted on NBC Sports Washington and ESPN+.