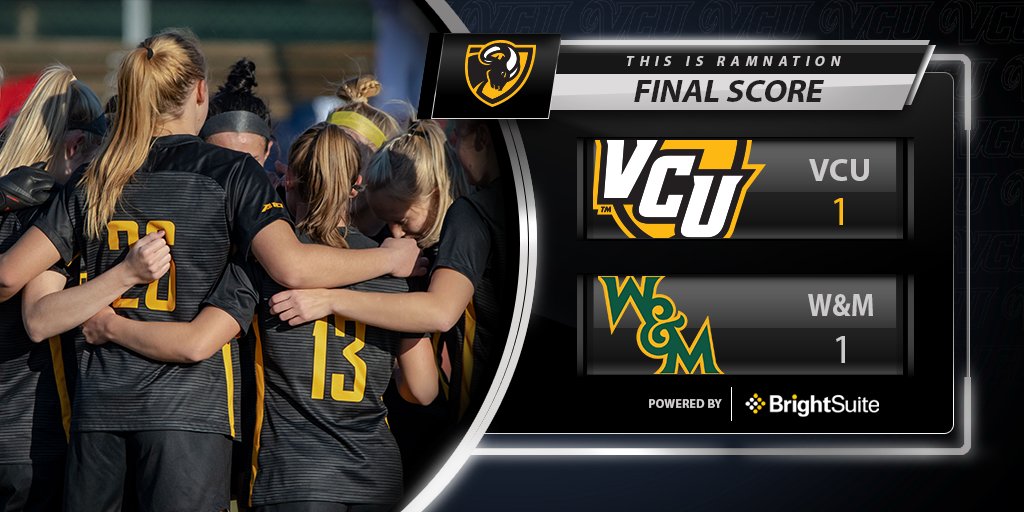 Friday, the VCU Women’s Soccer team faced off against William and Mary in a rainy, cold match at the Sports Backers Stadium.

The two teams were evenly matched as neither teams were able to gain the upper hand in the first half. Despite the cold weather though, both teams were determined to get their first goal. William and Mary came out aggressive in the second half, putting up 4 shots in the span of 14 minutes. They finally scored on the Rams at the 78th minute, but that didn’t phase VCU as #26, Lana Golob went on the offensive and attempted a shot of her own about three minutes later. That shot was blocked by William and Mary’s Zoe Doughty, but #12, Samantha Jerabek was right there to make sure the ball was put through the net as she scored to put the game at a tie 1-1.

The game eventually went into overtime, or rather two overtimes, as neither team was able to get ahead of the other. VCU tried to put pressure on William and Mary, outshooting them 5-2 over the two 10 minute overtimes. The final 6 minutes were taken up by VCU trying to put the game away as #17, Aileen Guthrie, and Jerabek each took a shot at the goal only to come up short. Jerabek led the team with 4 shots and one goal.

The Rams will be back in action today, as they take on NC State at the Sports Backers Stadium.