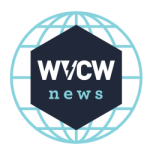 Earth’s average surface temperature in 2018 was the fourth highest in nearly 140 years, NASA scientists announced yesterday. Five of the warmest recorded years have been in the last five years, and 18 of the 19 warmest years were recorded since 2001, according to the New York Times.

Virginia Attorney General Mark Herring apologized yesterday for wearing blackface while portraying a rapper at the University of Virginia in 1980. According to the Richmond Times Dispatch, the Republican Party of Virginia issued a statement saying Herring has lost the moral authority to govern and should resign. This apology from Herring comes four days after the release of Governor Ralph Northam’s racist yearbook photo and just days after sexual assault allegations have been posed against Lieutenant Governor Justin Fairfax.

Michael “Doc” Thompson, afternoon talk-show host on Richmond’s WRVA from 2007-2012, was struck and killed by a passenger train in Texas. Thompson was 49. His radio career extended to TheBlaze radio until last year, and most recently Mojo 5.0. He is survived by a wife and three children.

According to the Associated Press, Massachusetts’s highest court has upheld the conviction of a young woman who encouraged her boyfriend to kill himself through text messages. The court ruled she told her then-boyfriend, Conrad Roy III, to “get back in” his truck filled with carbon monoxide, and she did not call the police or his family for help. Michelle Carter was sentenced to 15 months in jail, and has remained free while pursing appeals.