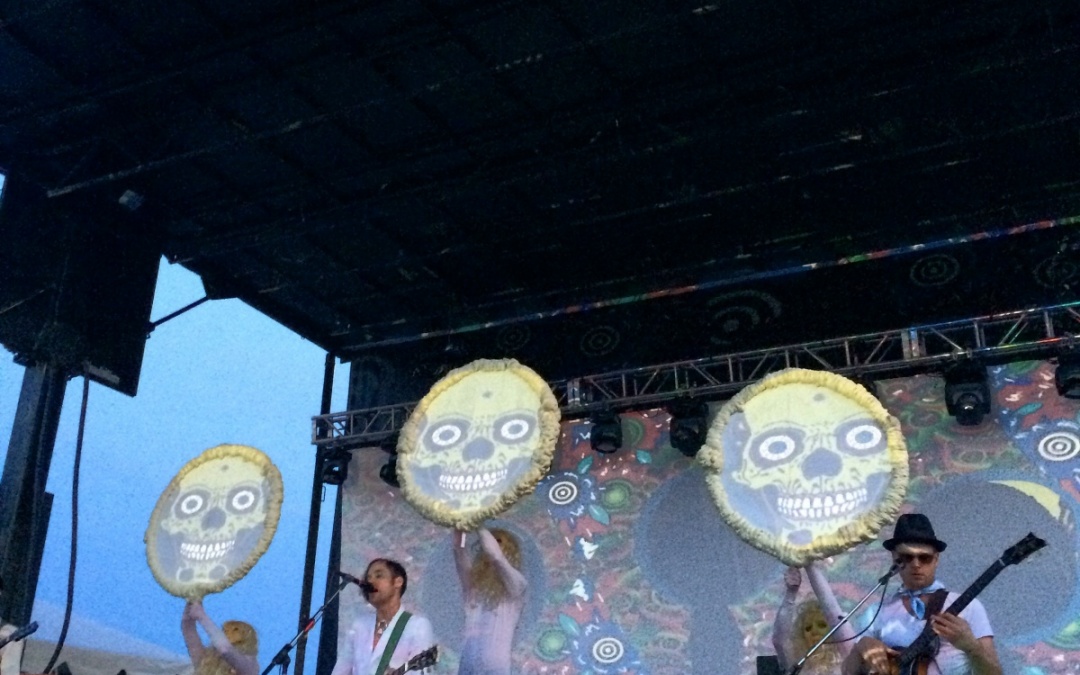 This year an airway strip in Suffolk, Va transformed in to a day long party thanks to the magic of LAVA fest. The festival is in its first year of operations and brought a unique approach to the festival concept. Featuring Devil’s Backbone literally everywhere, a totally excellent arcade (stocked with pinball, retro classics and a trippy volcano bar), in addition to a sweet lineup the festival has sown seeds for promising future years. The bands selected to play ranged from radio pop rockers Fitz + the Tantrums, Tokyo Police Club, and Mutemath, to more out there indie rockers Cloud Nothings, KIshi Bashi, and the absolutely phenomenal of Montreal. With such a diverse lineup the festival attracted a wide audience, helping it stay away from the typical overwhelmingly bro populations that seem to hit many festivals these days. The future is exciting and optimistic for LAVA music festival, seeing how they’ve taken such a big step forward with their first season