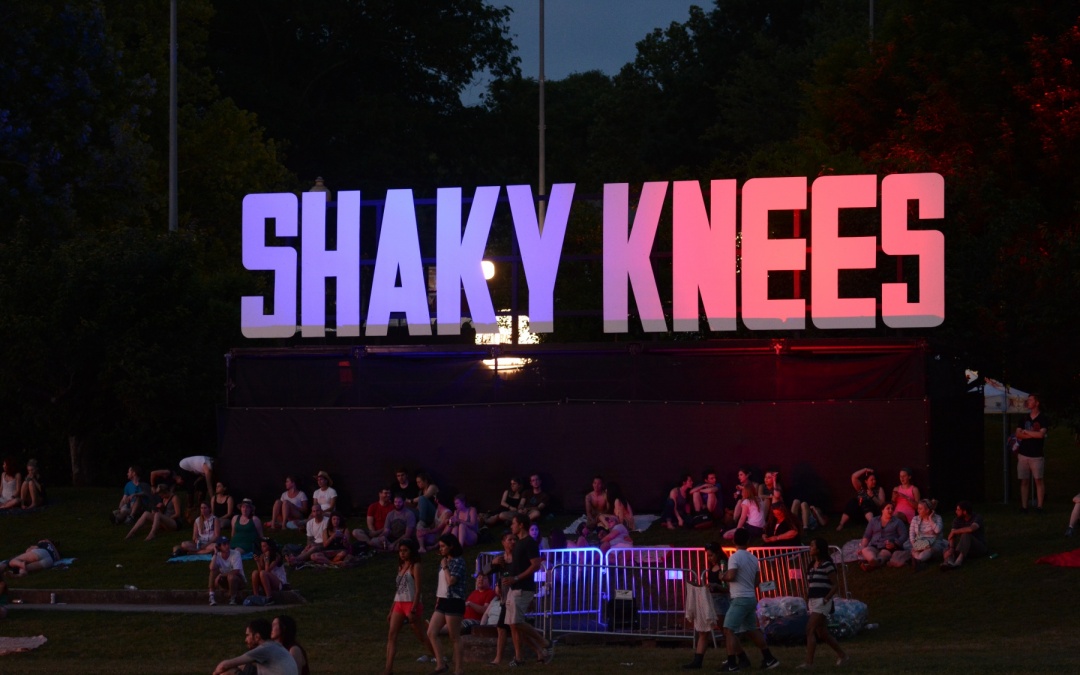 The second day of Shaky Knees brought a more laid back vibe to the the festival. This didn’t stop the day from starting with high energy rising indie stars like Mariachi el Bronx, Real Estate, and Viet Cong. The peaks of intensity were in the mid afternoon with Irish rockers Flogging Molly, skater boiz FIDLAR, and Atlanta based crowd pleasers The Black Lips. The mellowing began of the day began with a rare, and magical set by weirdo indie rockers Neutral Milk Hotel. Bringing out all of their friends as musicians, and employing unique instrumentation such as euphoniums, fiddled banjos, and the signature singing saws, their show was not one to miss. They also are one of the only acts who did not allow any photography, meaning the lasting impression they gave the audience was the only souvenir they got. Interpol and Built to Spill also brought the classic tunes and kept the crowd rolling along. One of the major highlights of the night was the amazing Wilco. Playing a significantly shorter set than the were used too, every song was a hit bringing out jams like “I Am Trying to Break Your Heart” and “Impossible Germany.” The crowd begged for an encore, but the strict time restraints disabled them from back coming out. ZZ Ward also put on an amazing set, The night closed with a set by folk rockers The Avett Brothers. Drawing a massive crowd of fans and newcomers alike, the band burst through a set of sing-along tunes that had every ones knees, dare I say it, shaking the whole night through.