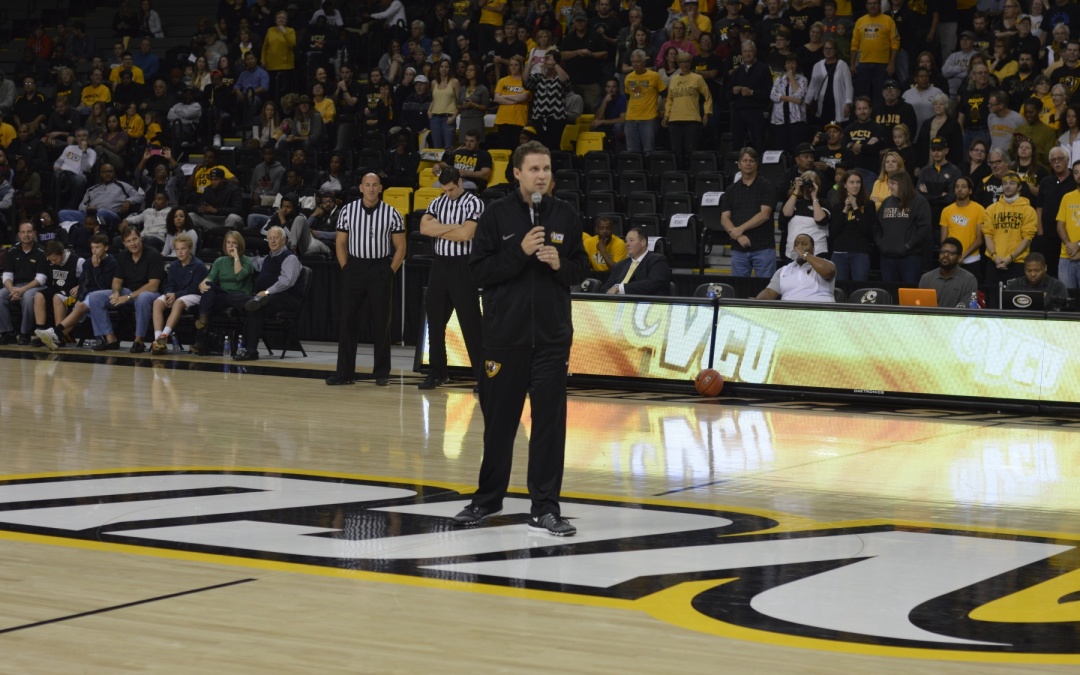 VCU Basketball Coach, Will Wade, addressing the crowd before the scrimmage

Richmond, Va., – Saturday marked the official start of VCU Basketball season as the VCU Men’s Basketball team held their annual Black and Gold scrimmage. The open scrimmage offered a small taste of what the VCU Rams will be like this upcoming season.

The RamNation were out in full force as they were in midseason form as you could feel the electricity throughout the Siegel Center. RamNation was also treated to a video package highlighting their Atlantic 10 tournament Championship from March followed by a ring ceremony presenting players on last year’s team with A-10 Championship rings.

Melvin Johnson led all scorers with 24 points and Justin Tillman added 20 points and 10 rebounds. Korey Billbury really impressed fans as he scored 14 points, 12 in the first half. The Black team led the majority of the game as they led by as much as 20 points before the Gold team made a rally late in the second half. Doug Brooks led the Gold Team with 16 points.

Coach Wade praised Tillman after the game as he really made an impression on Coach Wade.

“His activity level was through the roof,” Wade said. “He was tremendous and he’s been that way in practice. He’s our best activity guy and that showed in the game. He dunks everything and I love that. I worry about the backboards in the development center sometimes because he dunks everything.”

The Rams will enjoy a couple of more weeks off before hosting California (PA) on November 6 in VCU’s sole exhibition game.