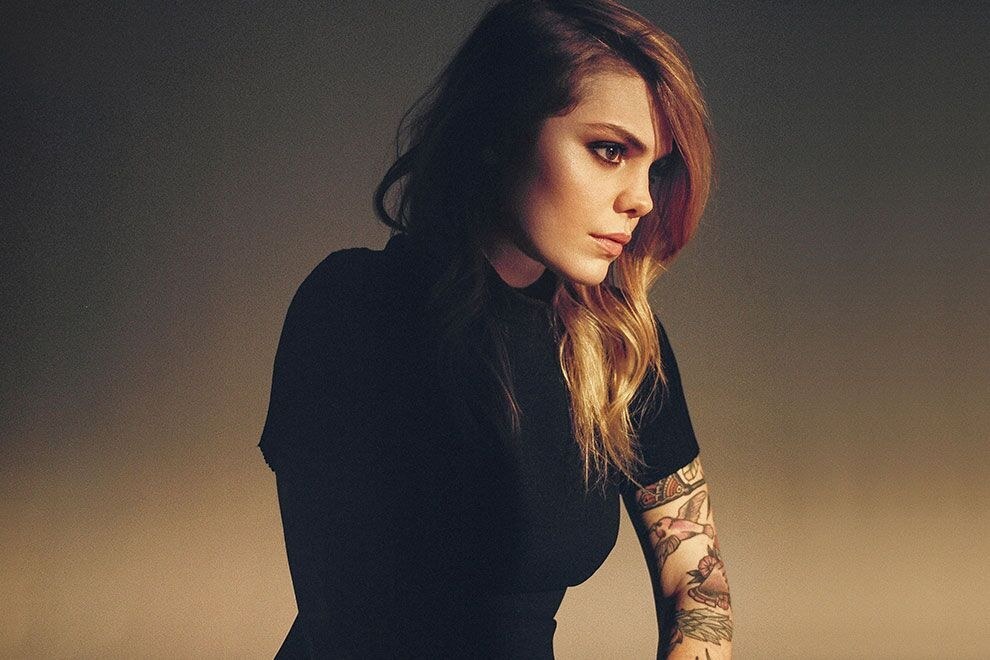 Cœur de Pirate preformed a concert in DC on Sunday the 27th of October at Sixth & I Historic Synagogue. It was her second time preforming in DC and it was my first time seeing her.  The intersection of Sixth and I street is right behind the Verizon Center, we drove and traffic was great because it was a Sunday. The concert was pretty intimate as the Synagogue only seats 800 people. I went to the concert with my mom and we sat in the first row of the balcony. It was still close enough for me to gaze longingly into her eyes.

Cœur de Pirate (or Béatrice Martin off the stage) is a bilingual Canadian singer who sings mostly in French. She has released three albums: Cœur de pirate, Blond and Roses and she composed “Child of Light”, a video game soundtrack. One of her most popular songs, Comme des Enfants” was released in 2008 and it has become a staple in french classes everywhere. As an artist she has developed since then and her music no longer applies to a single genre. “Child of Light” is almost entirely orchestral with other worldly vibes, she has also experimented with strong drum beats and keyboard sounds.

Béatrice Martin is a wonderful artist and human being. She combined her original music with beautiful stage lighting and projections. The acoustics were great and the sound reverberating in the synagogues dome and walls really leant something to Cœur de Pirate’s songs. Béatrice Martine is a gift, I learned a lot about her during the concert. She was very excited for the new The Walking Dead episode which came out during the show. I wonder how she is recovering from the events of last episode. She has a daughter who she wrote “The Way Back Home” for. Her favorite Canadian is Drake and she covered “Hold On We’re Going Home” which was great. She also covered “Dead Flowers” by the Rolling Stone.

So all together it was a great concert 9/10

If you would like to find out more about this artist; this is Cœur de Pirate’s website and you can listen to her on Spotify here