Jose Canseco, yes THE Jose Canseco Will be Boxing A College Student tonight 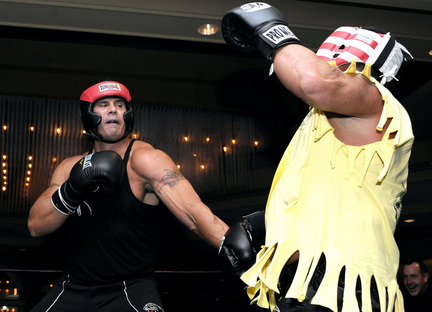 You read that right folks. Jose Canseco, the very same Jose Canseco who snitched on Mark McGwire, Jason Giambi, and Rafael Palmeiro, will be boxing against a 22 year old podcast intern named Billy Football TONIGHT for $100,000. His first big fight since he lost to Hong Man-Choi in 77 seconds.

In the wake of Jake Paul vs Nate Robinson, athletic celebrities have come out in droves to challenge either of the Paul brothers to throw down. Months ago, Canseco began to trash talk Youtube Star Logan Paul on twitter after the YouTuber and Canseco’s daughter split up.

In December, Canseco tweeted out that he would be putting his beef with the Paul brothers aside and beginning anew with Dan Katz, host of Pardon My Take, after challenging him to a fight  via tweet, Katz responded, nominating his intern Football to fight in his place, Billy accepted, along with Canseco.

When I first heard about this match up I my jaw nearly hit the floor. First of all, I’m shocked Jose is still challenging people to fights, he must be DEEP in the hole if the purse is a hundred grand, maybe he gets a portion of the pay-per-view?

Jose is very clearly still on the juice, today it’s called “Testosterone Replacement Therapy” and he’s getting it administered by professionals so I’m legitimately scared for Billy Football’s life, but Billy has said he’s wanted to get into a fight like this for years but I can’t think of a more terrifying dance partner than a 6’4 267 lbs man.

All I think Billy has to do in order to win is tire the old man out and avoid getting caught by a good punch for about 45 seconds, if he does that he should be fine. Either way though, it should be an incredible fight, I’ll be cheering for Billy, I couldn’t imagine what a 22 year old would do with $100,000.

Hunger for a Way Out