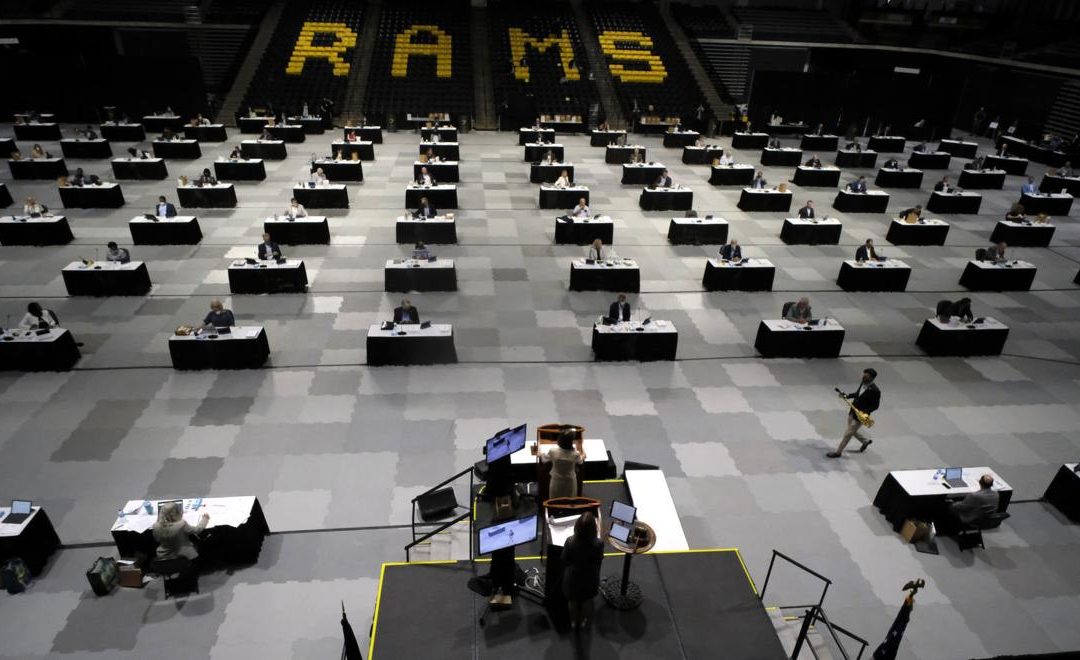 On  Aug. 18, the House of  Delegates met at the Siegel Center on the Virginia Commonwealth University campus for a General Assembly special session. The Senate met at The Science Museum of Virginia. The two houses held separate sessions due to Covid-19 concerns.

Both houses met yesterday morning with protesters from both sides of the political spectrum outside. Several militia members showed up on VCU’s campus in support of law enforcement while some college students showed up in support of police reform and defunding the police.

The group of armed men proceeded to march down West Broad Street from the Siegel Center to the science museum in protest. Anti-eviction and rent relief protesters were also present.

House Democrats, against Republicans’ wishes, voted in majority to hold the rest of the special session virtually. With the vote passing a procedural rules change means that it is required to wait five days before the House can begin meeting in committees and voting on bills remotely. The House session lasted four hours with a debate over procedures taking up most of the time.  On Sunday, the House will have a vote virtually to hold the remainder of the special session online.

The Senate never considered meeting remotely, and will continue to meet at the science museum.

The special session is expected to take several weeks.