The NBA Just Went On Strike 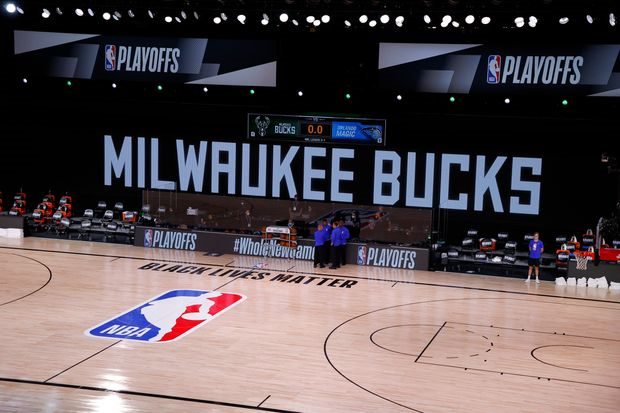 You truly love to see it. The NBA Bubble was an interesting idea, and so far it’s worked exactly how it was supposed to. At first, players were hesitant to be locked up at Disney World, especially in the wake of George Floyd’s murder and the political unrest that followed. Players decided to use their media availability to discuss ongoing social issues, the NBA put “Black Lives Matter” at center court and allowed players to place a short message on the back of their jersey if they chose. Things were looking up, then Jacob Blake was shot seven times in the back.

Today, the Milwaukee Bucks decided to make the first move. This morning they held a team meeting and decided that they would strike and refuse to play game 6 against the Orlando Magic, the Thunder and Rockets followed, and the Lakers and Blazers finished off the evening. I don’t think we see any basketball for a while, these players are fed up and hardly anything is being done to bring about the change they want to see. It seems that players are realizing that discourse very rarely brings about change. It’ll be interesting to see how this plays out. It’s difficult to describe how insanely admirable it is that these players are by putting their money where their mouth is and going on strike. The games can wait.

THE STRIKE HAS SPREAD TO MULTIPLE LEAGUES