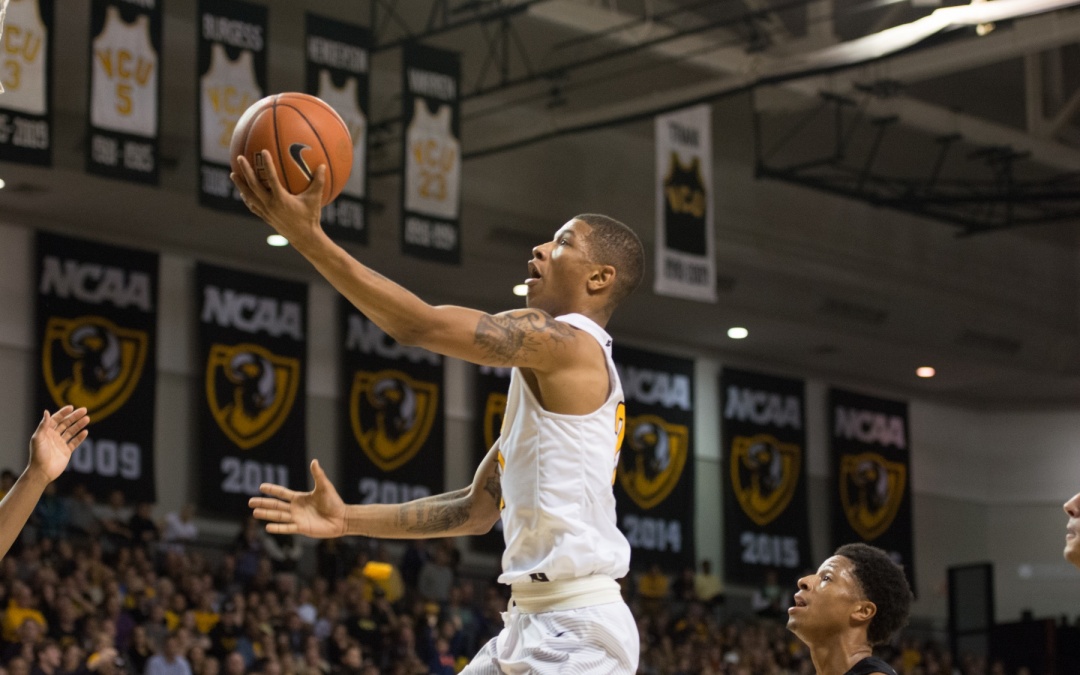 After a hard fought battle with the Liberty Flames on Tuesday in which the VCU Rams squeaked out a 64-59 victory, it was a totally different story for the Rams on Friday night against the Binghamton Bearcats.

Midway through the first half, freshman De’Riante Jenkins scored six points during 16-0 run by the Rams over a seven-minute stretch that provided a 20-6 lead for VCU. The rout continued minutes later as senior JeQuan Lewis knocked down back-to-back 3-pointers and senior Doug Brooks followed with one of his own during an 11-0 run that pushed VCU ahead 35-14 and the game was never close again.

VCU went on to win by a score of 81-42 and the Rams’ 39-point victory was its largest since November 20, 2014 when VCU dominated Maryland-Eastern Shore 106-66. VCU had its best shooting night of the season as well, shooting 56 percent from the field, including making a season high 11 three pointers. Binghamton’s 42 points also were the fewest by a VCU opponent since the Rams beat Towson 67-42 on January 25, 2012.

not score in either of the Rams’ first two games this year, had 14 points on 4-of-6 shooting, including 2-of-3 from 3-point range, to lead all scorers. He also pulled down 10 rebounds, dished out two assists and recorded a steal and a block in 24 minutes.

Four Rams scored in double figures, including senior JeQuan Lewis, who went 4-of-5 from beyond the arc and finished with 12 points. Junior Jonathan Wi

VCU now will be heading to the Battle 4 Atlantis tournament this week 3-0 and ready to take on their toughest opponents of the season Nov. 23-25. VCU opens against Baylor on Wednesday Nov. 23 at 2:30 p.m., then plays either Michigan State or St. John’s in the second game.