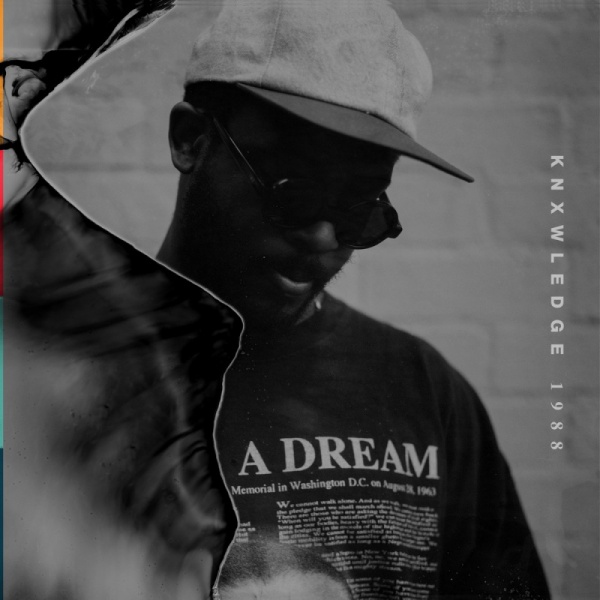 New Jersey born lofi producer Knxwledge released his newest project, 1988, late this past March. From the first track, the Philadelphia transplant sets the tone of the album with his soulful R&B remixes and samples. Each track flows perfectly into the next, maintaining a strong direction that isn’t lost at any point. However, this is not to say that the album is monotonous or repetitive, as Knxwledge keeps you engaged with beat change ups, new samples, and intermissions.

Some of the highlight tracks on the album include “thats allwekando.” “watchwhoukallyourhomie”, “itkanbe[sonice]” (featuring NxWorries and Anderson Paak.) and “minding_my business” (featuring Durand Bernarr and Rose Gold).

The album falls short in both its track lengths and the sheer number of tracks. At 22 songs long, you would expect the album to be well over an hour, but in reality it’s only just over half that. With an average song length of under well two minutes, I found myself getting into a lot of songs just as they were ending. However, this is very much the nature of current lofi music and with the exception of his joint project with Anderson .Paak, it would be a deviation from the norm for him.

Overall, I give 1988 a 8/10. Even with its short track lengths, I think the album is very versatile and lends itself to both very active focused listening, as well as being something you can listen to in the background with your friends.