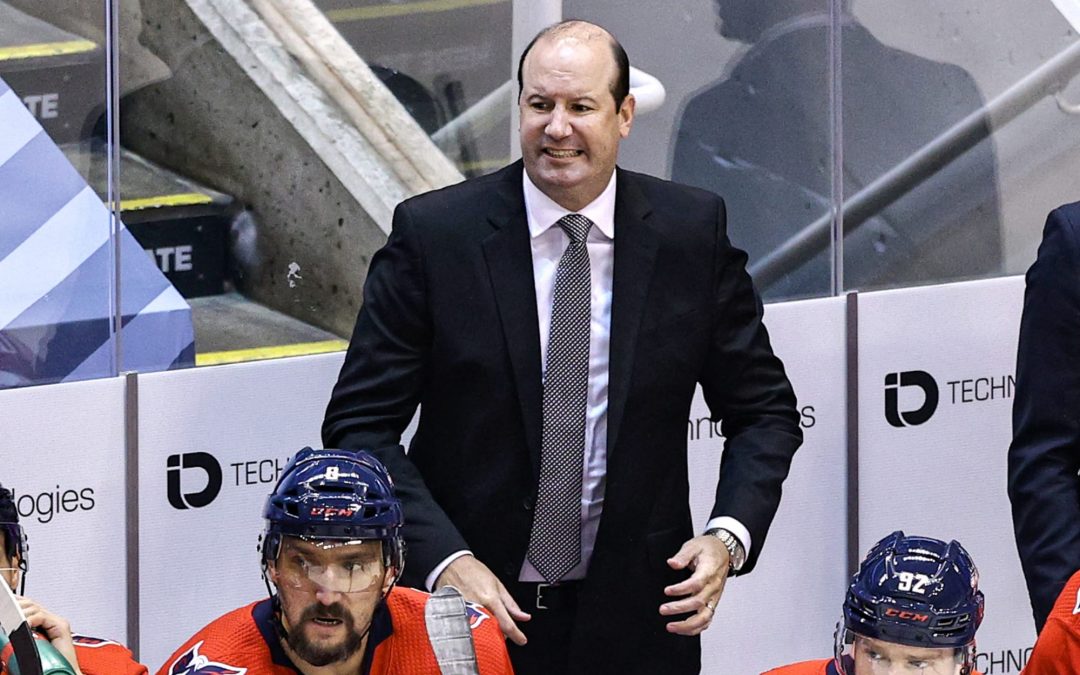 That face just says it all doesn’t it? This morning the Washington Capitals released a statement announcing that they have relieved head coach Todd Reirden of his coaching duties.

Over two seasons, Todd Reirden coached the Washington Capitals to a regular season record of 89-46-16, placing top two in the Metropolitan division each season. Reirden’s playoff record is a bit more lackluster, bringing the Capitals to only two playoff series, a 2019 loss to Carolina in 7 games, and an embarrassing 5 game series loss to the New York Islanders just last week.

In order to be a good hockey coach, you have to be able to connect with and develop your players, get the best out of them, and be a hard-ass when you need to be. Reirden only accomplished two of those things. He could never be the one to come down hard on players whenever they would make dumb plays. It sounds really snobby to say that the Stanley Cup is the bar for this team, but it is. So that’s what I’ll compare it to.

Under Barry Trotz, the Capitals were able to pull it together and clean it up when it mattered. Trotz was able to get the entire team to buy in and get the best out of them, Reirden hasn’t been able to do so. Throughout the entire series, Reirden and the Caps stated that they just needed to find that “extra gear” to get their game going. That “gear” never really showed up, not a soul on that team was able to get motivated, with the notable exception of Alex Ovechkin.

Going into this offseason there are a number of potential new coaching hires. The potential candidates include Mike Babcock, Bruce Boudreau, and Peter Laviolette among others. Though, there is one candidate that seems to shine brighter than the rest.

Gerard Gallant! The former teammate of General Manager Brian MacLellan and a perfect candidate for a new head coach in Washington. Gallant is an excellent 5 on 5 coach that would bring a plethora of knowledge to a team who definitely needs it. Gallant led the Las Vegas Golden Knights to a Stanley Cup final in their inaugural season and a Stanley Cup Semi-final in 2019, ultimately he was let go by Vegas mysteriously after a four game losing streak, being replaced by Peter DeBoer. I can confidently say that Gallant would take control of this team within seconds of setting foot in that locker room.

The Caps are looking to get back on track after two disappointing seasons, aware that their window is closing. Next season Jakub Vrana and Alex Ovechkin are on expiring deals and the Caps are almost definitely losing their franchise goaltender Braden Holtby this offseason. However, I believe Gallant would inject this team with a newfound intensity that we haven’t seen in years past.