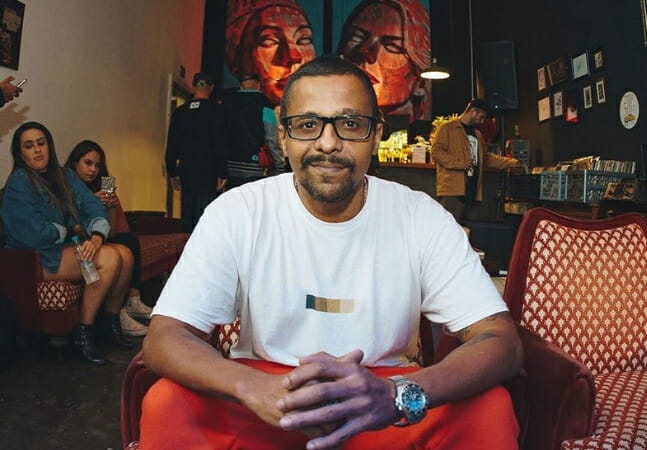 One year after his album Abaixo de Zero: Hello Hell, Brazilian rapper Gustavo de Almeida Ribeiro, better known as Black Alien, has released his latest single “Chuck Berry.” Papatinho’s sample of blues artist Koko Taylor’s “Voodoo Woman” sets up Gustavo perfectly for his idyllic rhythmic cadence. Gustavo is at his best in the song, not only succeeding at delivering his typical flow, but of course taking on social issues.

Gustavo praises iconic black founders of rock Chuck Berry and Little Richard while saying that Elvis was “never the King of Rock.” And while not explicitly stating it, his line “God is a mother and She is fair” is a likely dig at machismo. Though much of the wordplay and many of the metaphors are lost in translation, the song is nonetheless a great listen and worth checking out. While Black Alien hasn’t mentioned whether or not this is part of a larger project, hopefully something is in the works. Overall I give the track a 9/10.

Listen to “Chuck Berry” by Black Alien below.