The Morning After: The Comeback of Alex Smith 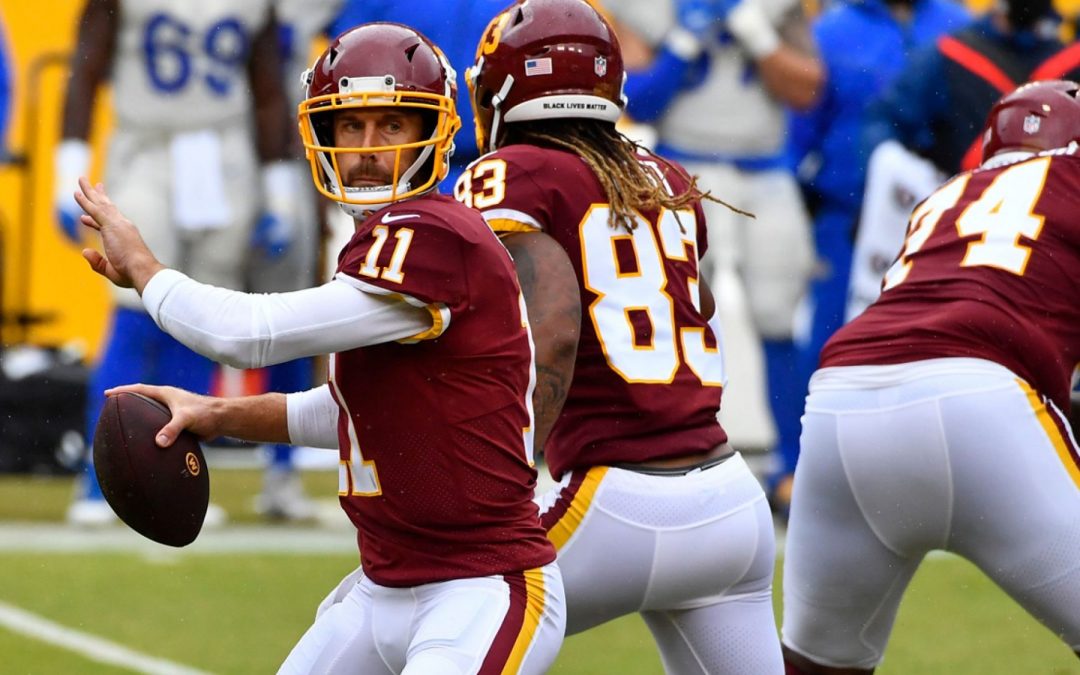 Oh boy yesterday was interesting, where do I start? A lot went wrong yesterday on both sides of the ball but I wanna get to Alex Smith and the QB situation first.

It is of my personal opinion that Dwayne Haskins shouldn’t have been benched after last week’s performance, he showed improvement, didn’t throw any interceptions, and I thought he was beginning to make strides. Ron Rivera, however, had other plans. Early on in the week Rivera decided to bench Haskins for former Panthers QB Kyle Allen, who later got hurt on a helmet-to-helmet collision with Jalen Ramsey. That meant one thing…

Now, the best encapsulation of this feeling came from Alex’s wife, Elizabeth Berry,

As he was warming up late in the second half, the only thing many Football Team fans could think about was how frail that this leg looks and how bad our offensive line is.

I mean could you imagine what was going through Aaron Donald’s mind when he saw Alex step onto the field? I like to think it was this:

And boy oh boy did he eat, Donald had 4 of the 8 sacks given up by Washington’s Offensive line which has been,,,,,,,,, OFFENSIVE to say the least folks. I mean, LA simply dominated the entire game, it just goes to show that if you can win at the line of scrimmage, chances are you’re going to win the game. While sacking Smith for the first time that day, Donald jumped on Smith’s back like a piggy back ride and had this to say on the bench

Washington’s QB play was very difficult to gauge this week, with the revolving QB door already in motion, the subpar weather didn’t help with evaluation either. Alex didn’t look all that comfortable, but then again, how could you possibly be comfortable with an O-Line that is bad at blocking and a chicken leg (i say with the utmost respect).

The Secondary STINKS. Rams receivers were poking holes in the coverage all day, we can’t win games if our last line of defense is giving up massive plays. Like look at this………… I have no words

Next week The Football Team goes up against the New York Giants, in a battle for 4th place (and maybe even the #1 pick depending on how the rest of the season goes). This isn’t a year of success, but hopefully it’s a year that this team can build off of in the future.