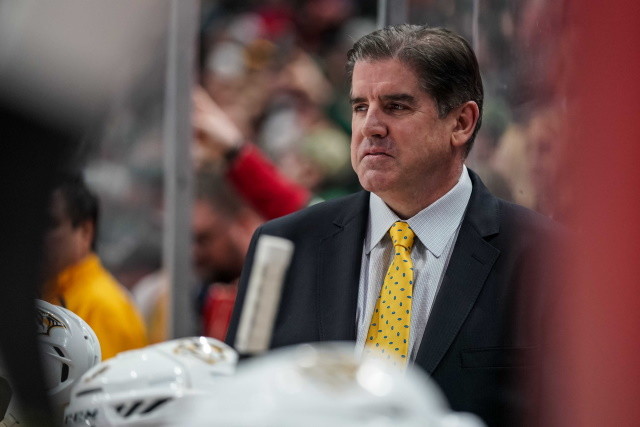 As many of us sluggishly awoke this morning, reports began to circulate around hockey twitter that the Washington Capitals had finally hired a new head coach.

AND BOY HOWDY I COULD NOT BE HAPPIER. I’ll admit, Laviolette wasn’t my first choice to replace Todd Rierden, but I really like this decision from General Manager Brian MacLellan. Laviolette has a pretty impressive coaching résumé, being one of only four coaches who have taken three different teams to a Stanley Cup Final. Of these three Stanley Cup appearances, Laviolette has won only one Stanley Cup, as head coach of the Hurricanes.

Before this news broke, insiders were reporting that the front runners for the job were former Toronto Maple Leafs HC Mike Babcock and Peter Laviolette. Throughout the week, the only thing any hockey writer from Sportsnet seemed to be able to talk about was how “perfect” Mike Babcock was for this job, and to them I say this. Shut up and stick to writing about your trashy little team north of the border. Mike Babcock is a horrible coach and is the perfect example of the type of coach no team should ever even consider hiring. Just take a look at some of his antics from the past.

Babcock has literally been a contributing factor to players PTSD. How in the hell is anyone able to ever trust this man with the development of our young talent, let alone even hold veterans accountable. Mike Babcock is the antithesis of what to look for in a coach and the media’s love for him is completely bass ackwards.