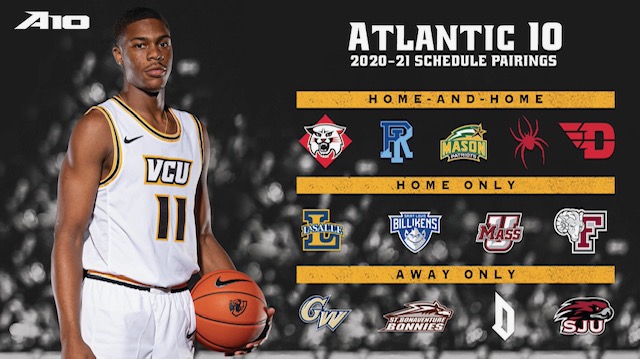 VCU Men’s basketball conference pairings were released Thursday. The Rams’ 2020-21 conference schedule will be 18 games in all.

VCU was defeated twice by Dayton and Rhode Island last season while splitting the season series with Davidson, George Mason, and Richmond.

The Rams will also host Fordham, La Salle, UMass, and Saint Louis at the Stuart C. Siegel Center. VCU defeated Fordham at home last season but lost at the Minute Men and Billikens.

The Rams will travel to face George Washington, St. Bonaventure, Duquesne, and Saint Joseph. VCU defeated the Owls in Philadelphia last season, but picked up a rare home loss against the Dukes.

The A-10 Championship tournament will be at Barclays Center in Brooklyn, N.Y. March 10-14. The tournament has been held in New York in five of the last eight seasons.

Dates and times for conference match-ups will be released later.