VCU Take On George Mason At The Stu 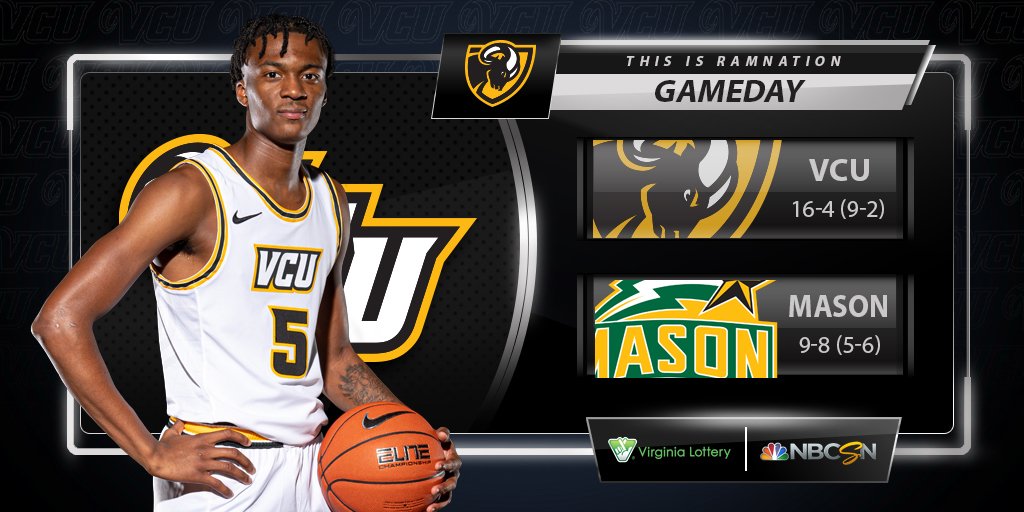 RICHMOND, Va. — The VCU Rams look to extend their win streak to 7 games as the George Mason Patriots come to town.

The Patriots are led by Head Coach Dave Paulsen. Paulsen is in his sixth season leading the GMU men’s basketball program in 2020-21. Paulsen has led the Patriots to a top-5 A-10 finish in two of the past three seasons. In addition, the program under Paulsen has become synonymous with player development. In three of the past four seasons, a Mason student-athlete has garnered the league’s Chris Daniels Most Improved Player Award. That group includes AJ Wilson (2020), Justin Kier (2019), and Marquise Moore (2017). During the 2019-20 campaign, Paulsen led the Green & Gold to the Cayman Islands Classic title and a school-record 11 non-conference victories. The program also continued its A-10 Tournament streak, capturing a victory for a school-record fourth-straight season. So far this season the Patriots are 8-9 overall, and 5-6 in conference play. GMU was defeated by VCU 66-61 in Fairfax, Va the last time these two teams met on Jan. 6th.

The players to watch are Jordan Miller for the Patriots and Bones Hyland for the Rams.

Jordan Millar is a 6 foot 6 forward from Middleburg, Va. He is a 2018 graduate of Loudon Valley High School where he led the team to a 4A State Championship in 2017 and the Final Four in 2018. The all-time leading scorer in Loudoun Valley High School history, Miller was a 2018 First Team All-Metro selection, two-time VHSL All-State First Team selection, and earned VHSL 4A Player of the Year honors as a junior in 2017. Miller is currently averaging 15.9 points, 5.2 rebounds, and 1.9 assists per game. He is the leading scorer for the Patriots this season. Miller is currently shooting 46.8% from the field and 77.4% from the line in his junior campaign. Miller scored game-high 16 points in a win against Fordham last time out.

Nah’Shon “Bones” Hyland is a 6 foot 3 sophomore point guard from Wilmington, De. The preseason All-Conference Third Team selection currently leads his team in scoring at 19.4 points per game. Hyland is coming off a great game against Richmond where he scored a game-high 20 points, secured 12 rebounds, and dished out 6 assists. Wednesday night was Hyland’s second career double-double and tenth 20-plus point game of his season. Hyland currently ranks No. 3 in A-10 scoring so far this season. The sophomore has led a young Rams team to the best record in the A-10 and a chance at a regular-season championship.

Tip-off is set for 2:30 p.m. on Saturday, Feb. 20 at the Stuart C. Siegel Center. The game will be broadcasted on NBC Sports Network.

The Percocet And St