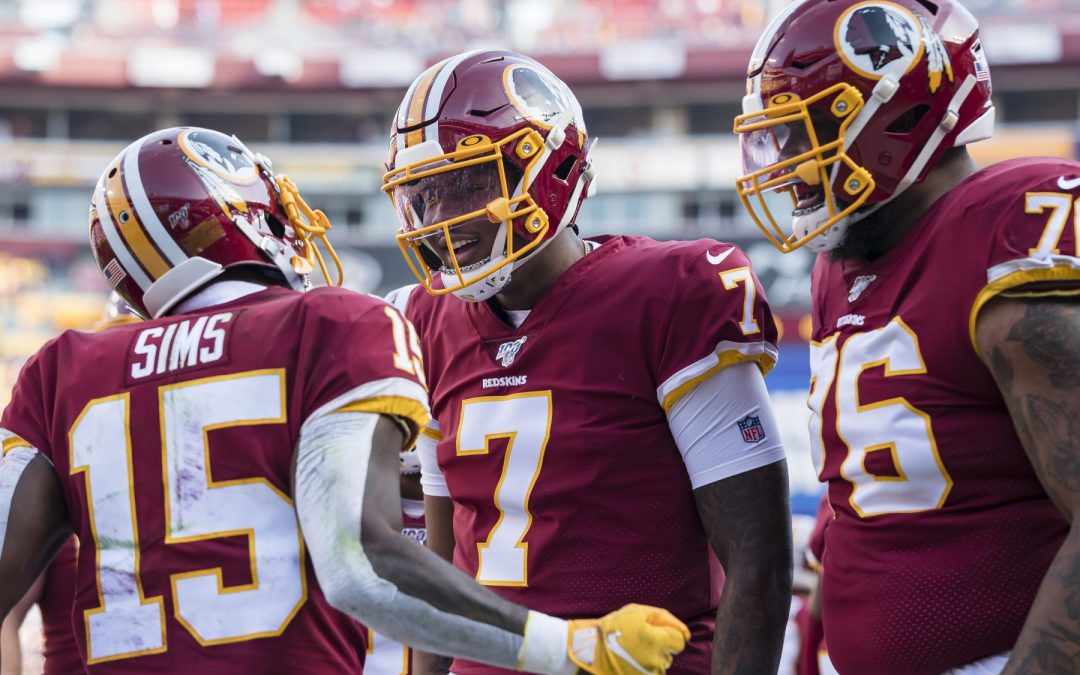 The beginning of the Washington Football Team’s season began like most usually do. Down late in the first half to the Philadelphia Eagles. Though there were very few bright spots about Washington’s first half, I will say the Defensive Line was getting great pressure on Carson Wentz all game.

With under two minutes to go in the first half, the Eagles’ offense mounted an attack from their own 28 yard line. Wentz drops back and lobs a ball to WR Jalen Reagor and Washington CB Fabian Moreau makes a great play on the ball for the interception. The Football Team takes control of the ball on the Philadelphia 45 yard line with 1:37 left in the 2nd Quarter. Washington’s Sophomore QB Dwayne Haskins leads a drive for a late score to give Washington some momentum heading into the second half.

During halftime, Washington Head Coach Ron Rivera, who was diagnosed with cancer this year received a planned IV to ensure he could coach through the second half, according to ESPN’s Adam Schefter. Two words, Football Guy.

Carson Wentz didn’t look good at all in the second half, throwing an interception and missing tons of throws. Washington’s defense played absolutely lights out. Jack Del Rio came up with an effective game plan and ran the defense really well. The defensive line was getting pressure all game, the secondary was making great reads with two really solid interceptions. The defense did a really good job at setting up the offense for success. Washington’s offense took control of the ball on the Eagles’ side of the field three times in the second half, scoring on all three possessions.

Hopefully the Washington offense is able improve more and more as the season goes on. Next week Washington faces a tough task against a loaded Cardinals offense, the momentum from this win could propel them to success against, what is sure to be, a great game next Sunday.