VCU Pulls Away In The Second Half To Win Season Opener 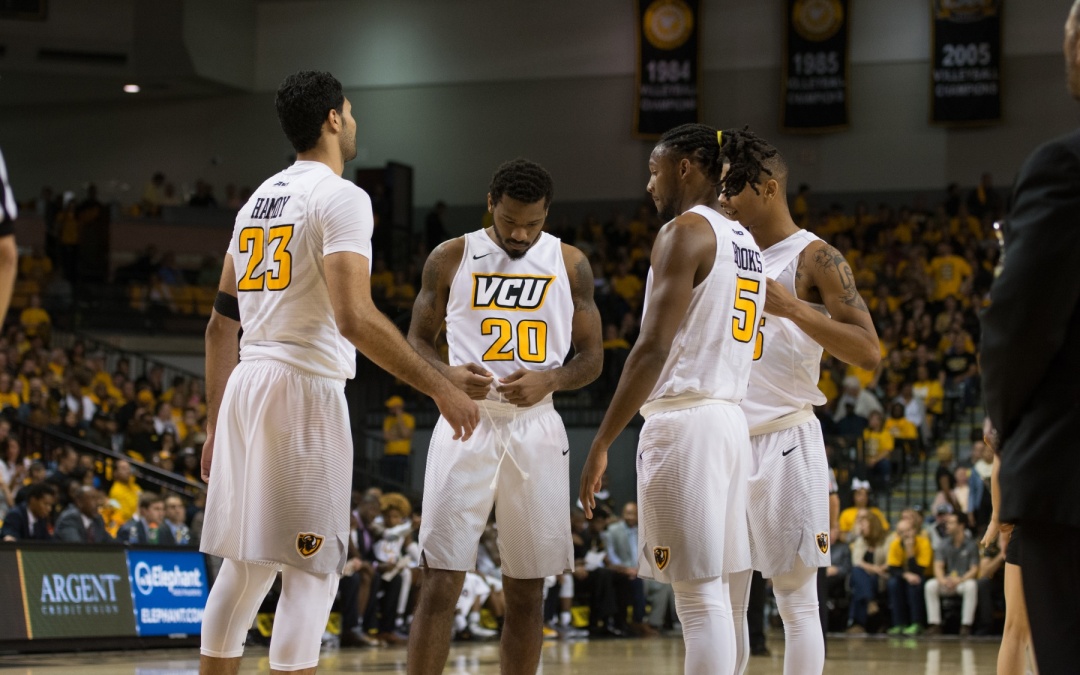 After a disappointing loss to Queens (N.C.), a Division 2 school in Charlotte, NC last Friday in an exhibition game, the VCU Men’s Basketball team made sure tonight wouldn’t be a repeat of last week.

Led by senior Mo Allie-Cox, VCU was able to pull away from the UNC Asheville Bulldogs in the second half to win their season opener 80-65.

The first half saw nine lead changes and three ties before VCU went into halftime with a 36-30 lead. VCU used a 9-2 run, sparked by junior Jonathan Williams to create a 43-35 lead early in the second half and UNC Asheville wouldn’t get any closer the rest of the night. VCU would use another 9-0 minutes later to effectively bury UNC Asheville.

VCU had contributions from almost everyone tonight as the Rams had five guys in double figures.

Allie-Cox who led the team in scoring tonight with 15 points, came off the bench for the first time in two seasons because VCU Head Coach Will Wade said, “Mo wasn’t guarding anyone.”

Senior guard Doug Brooks provided 12 points, four assists, and three steals in one of the most spirited games of his career. Junior forward Justin Tillman finished with 14 points on 7-of-11 shooting to go along with pulling down six rebounds.

Williams and redshirt freshman Samir Doughty each added 10 points. Two other key freshman Malik Crowfield and De’Riante Jenkins, only combined for three points in the game, but both are expected to play key roles for VCU as the season progresses.

The Rams shot better than 50 percent from the field and bullied UNC Asheville on the inside, outscoring the Bulldogs 44-30 in the paint and outrebounding them 35-25.

VCU hits the road for the first time this season on Tuesday, Nov. 15, when it takes on Liberty at 8 p.m.