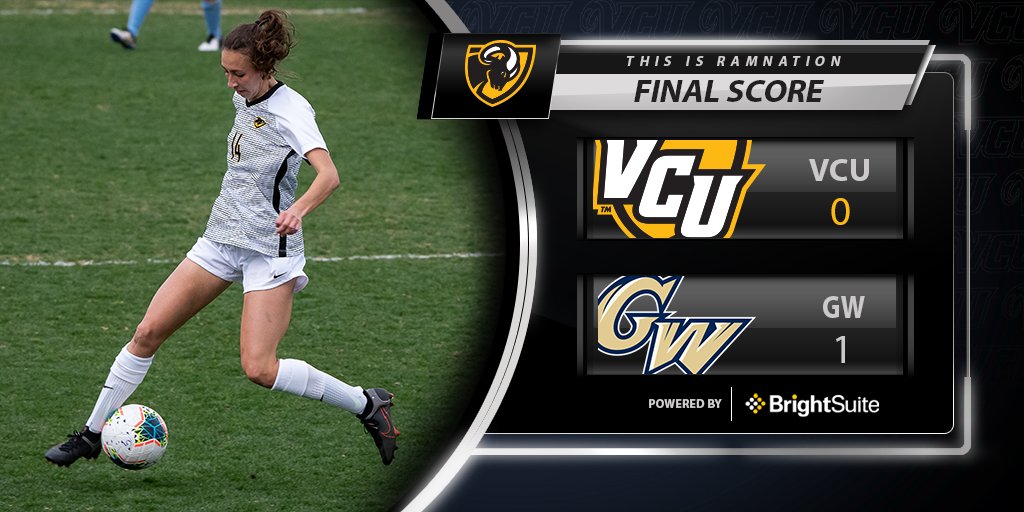 VCU women’s soccer moves to 5-4-1 on the season after falling to George Washington at home.

VCU started the first half controlling possession and testing George Washington’s defense and goalkeeper early on.  The Rams’ first attempt came in the third minute after Samantha Jerabek, a junior midfielder made a run down the left flank and curled a shot at the chest of George Washington’s goalkeeper, Tamaki Machi, who saved Jerabek’s effort.  Machi ended the night with four saves.

The score remained level until the 15th minute when a corner kick by George Washington left the ball scrambling around in VCU’s goal box. VCU’s goalkeeper, Grace Young, a redshirt-junior, saved the Colonial’s first effort. The ball landed at the feet of Tori Minda who scored from inside the penalty area and put George Washington one-nil up.

The closest chance of the first-half came in the 38th minute for the Rams. Freshman forward Annabelle Anderson dribbled down the right flank before cutting inside and laying a shot into the gloves of Machi for her second of four saves on the night.

VCU finished the first half with five shots compared to George Washington’s seven.

VCU entered the second half looking to find an equalizer. They came close in the 52nd minute after a header by senior midfielder Karen Lohrmann went just left of the post.  In the 62nd minute, junior midfielder Aileen Guthrie laid a shot from outside of the box that curled over the bar.

Seven minutes later, sophomore midfielder Anna Bagley, saw her effort go just left of the post.  Looking to counterattack, George Washington had an opportunity to double their lead in the 75th minute after taking the ball just outside of VCU’s penalty area, but Grace Young swept out of her box and saved the Colonial’s first chance of the second half.  VCU found two more chances in the last ten minutes of the game, but Guthrie’s shot in the 80th minute was saved, as was Jerabek’s in the 87th minute.

Despite VCU outshooting George Washington University 7-1 in the second half, the Rams were unable to find the back of the net for the first time this season.

The VCU women’s team will be traveling to play crosstown-rivals, the University of Richmond, on Tuesday, April 4 at 1 PM.