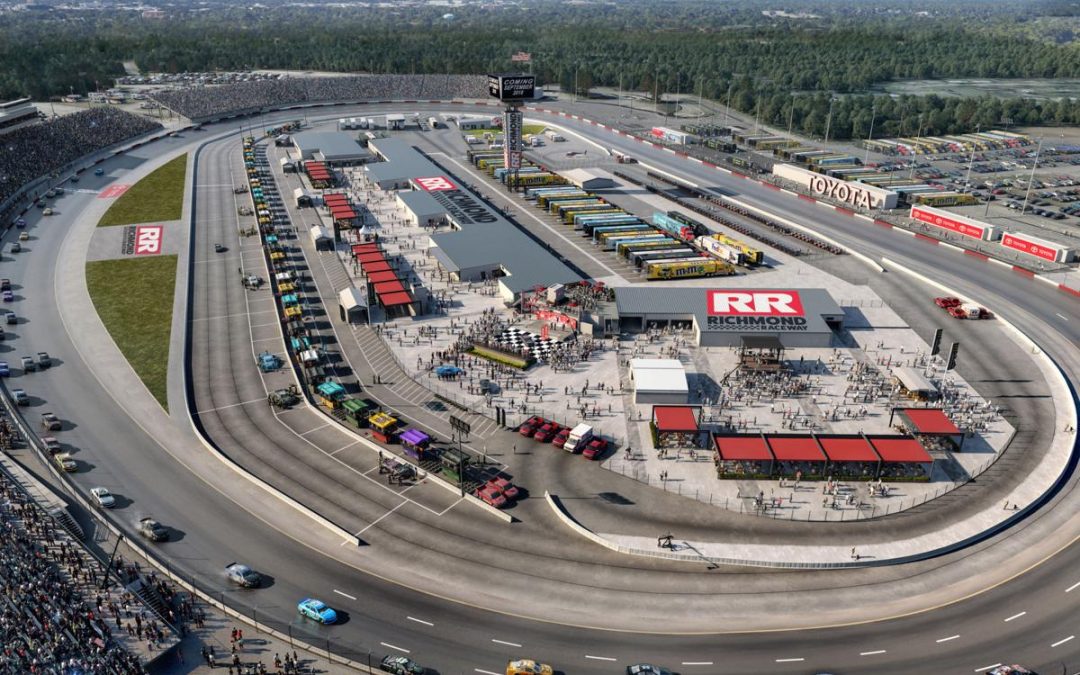 RICHMOND, Va.—A pit road speeding penalty.  An overtime crash. The car falling off of the jack.  An uncontrolled tire penalty.

But for Truex, the eighty-first time was the charm on Saturday, as the Mayetta, New Jersey native got his first Richmond win and his first win with his new team, Joe Gibbs Racing.

To get to that point, Truex had to fend off a hard-charging Joey Logano and Clint Bowyer, who ran second and third.  The three of them ran virtually nose-to-tail for the final 20 laps of the race, with Logano passing Bowyer with three laps to go and crossing the line just 0.178 seconds behind Truex.

After the race, Truex, who led a race-high 186 laps, said he was “excited” to break the drought.

“I’ve always loved coming here, and the short track win, everybody kept asking me when it was going to happen, and tonight we didn’t have the best car, but we’ve lost here with the best car a bunch of times, so we just fought, we battled,” Truex said.

The race started with some controversy, as eight cars failed pre-race inspection and lost their qualifying position.  Among them were Truex’s teammates Erik Jones and Denny Hamlin, who gave up 2nd and 18th respectively.  Matt Tifft, Chase Elliott and Hamlin each failed three times and had a crew member ejected in an inspection process that took over three hours to complete.

The weekend was plagued by weather, but the skies just in time for the race, which saw pole sitter Kevin Harvick lead the field to the green flag under a partly cloudy sunset.  Harvick got out to an early lead, but the Stewart-Haas Racing Ford surrendered the lead to Kyle Busch on lap 31.

Busch, a six time Richmond winner, led the field to the competition caution on lap 40.  The race would calm down as the first stage progressed, with Busch dominating and winning stage one by over one second on Logano, while Harvick faded to fourth during the run.

The first major contact of the event occurred on the ensuing restart, when Kyle Larson made contact with Ryan Blaney and rookie Daniel Hemric entering turn three.  Larson cut down a left rear tire in the scrum, resulting in an unscheduled pit stop that cost the Chip Ganassi Racing driver two laps.

On lap 128, Larson’s race ended as a second flat tire caused him to spin and back into the turn one wall.  Larson drove the car straight to the garage, and ended up finishing in 37th place.

Busch, who dominated the race through that point, got caught speeding in section 13 on pit road, resulting in a penalty that sent Busch to the back of the field and gave the lead to Truex.  Truex would hold the lead for 63 laps before Logano passed him just five laps before the end of stage two. Logano would hang on and win stage two by three-quarters of a second over Truex.

The last incident of the event occurred on lap 243, when Michael McDowell got a flat rear tire and crashed in turn one from 26th place.  The team reported that the crash left them unable to fuel the car and without brakes, so McDowell parked the Front Row Motorsports Ford behind the wall, doomed to a 36th place finish.

Under that yellow, Truex took the lead back from Logano, who had a slower pit stop.  Truex would hold the lead for the remainder of the race, minus two stints during longer tire runs where Brad Keselowski got his Ford out in front for a total of 31 laps.

Despite the 148 lap green-flag run to the finish, the race featured many great battles, including a five car battle for second between Bowyer, Keselowski, Logano, Harvick and Busch with 90 laps to go.  Bowyer and Logano would methodically close on Truex for the duration of the event, but it was not enough to catch Truex’s Toyota.

“We were close, just not close enough,” Logano said.  “Ran out of time there.”

“It is a challenging racetrack.  I got to him and I couldn’t keep the nose with air on it, and it got really tight,” Bowyer said.  “I kept getting tighter and tighter and all of a sudden Joey run us down and next thing you know he’s on the outside of you and the rest is history.”

Martin Truex Jr. became the 42nd driver to win 20 races in their career.  Truex has also now won with four different race teams, with his most recent win prior to Saturday coming with the now-defunct Furniture Row Racing.

Wood Brothers Racing, with driver Paul Menard, finished a surprise 9th after running in the back half of the top 10 all night.  Based in Stuart, Virginia, Wood Brothers Racing has existed since 1950 and lost one of their founding members, Glenn Wood, in the offseason.

NASCAR will take a week off for Easter before heading to the 2.66 mile Talladega Superspeedway in Alabama.  Busch, who rebounded to 8th after the speeding penalty, leads the points standings 20 points over Logano.  Hamlin, Harvick and Keselowski round out the top five, while Truex improved to 6th after the victory.  Logano will arrive at Talladega as the defending winner of the event.