A Preview of a Young and New VCU Basketball Team 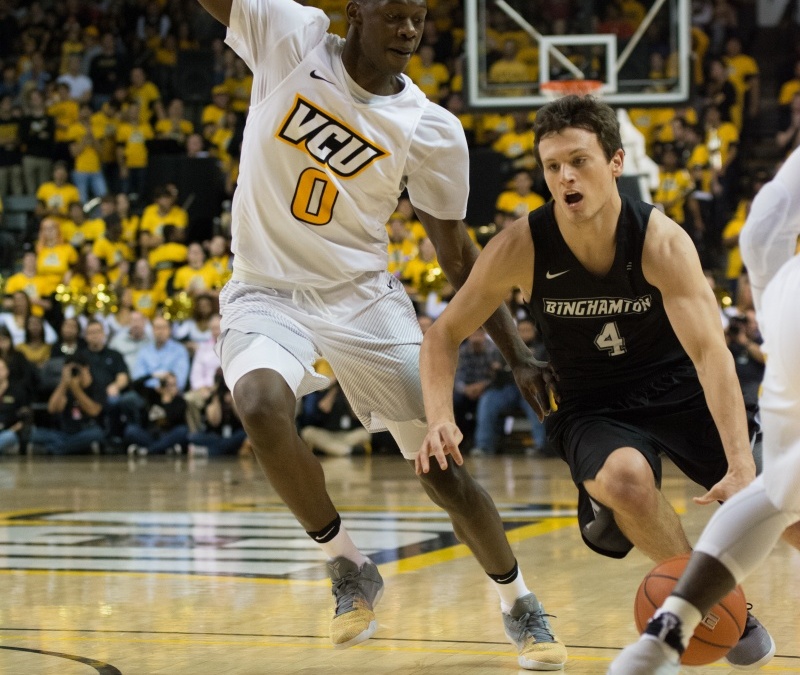 Last year VCU basketball was led by Justin Tillman, Johnny Williams, and graduate transfer Khris Lane. These were three seniors who were expected to lead the team to an A-10 championship.  This season, VCU has a completely new look. With just two seniors, the Rams are becoming more invested in their younger talent.

The Black and Gold game was our first look at what this new VCU team had in store.  The game started with the freshman leading the charge. P.J. Byrd had no fear on offense continually driving up against the strong press defense of some of his more experienced teammates like Sean Mobley.  KeShawn Curry was confident with his shot, and rightfully so, as he was tied in first for points after the first half with five. Vince Williams made his presence known as he finished with 5 rebounds. These freshmen were more determined than anyone on the court and made it known that they want to make the most of their opportunity at VCU.

Sean Mobley and Marcos Santos-Silva both had freshman years that helped solidify them as fan favorites in Richmond. Mobley will have to be very active this year in setting up the schemes Coach Rhoades calls.  Santos-Silva really stood out after his impressive performance against Texas and his shutdown defense against now Orlando forward Mo Bamba. Santos-Silva had 8 rebounds in the first half and finished with a total of 11.  He will have to be the big man VCU needs to replace Justin Tillman. Mobley should find himself in the starting line up and Santos-Silva has almost just as good as a shot come November 6h.

It’s rare to see a young team succeed without influence from some of the older guys.  In this case, older refers to being a junior in college. Isaac Vann and De’riante Jenkins led both of their teams in points at the end of the game.  Vann finished with 20 points and Jenkins with 16. It definitely took some time for these guys to catch heat. In fact, all of Vann’s points came in the second half.  While explosive halves are always nice, the Rams had a bad habit of finding themselves behind late in games last year. Vann and Jenkins are expected to be in the starting line up and be team leaders for the next two years.

The Rams have two seniors.  One returning senior, Xavier Jackson, and now ex-transfer returning to VCU, Michael Gilmore.  The rams looked towards their older players last year to lead them with experience on and off the court.  This year, the seniors will still have to lead, especially with a much younger team, but there should not be as high expectations placed upon them.  The standard for Tillman and Williams was high, and there was a good reason for that. While Jackson and Gilmore will be looked upon as leaders, the talent is more spread out within the team this year.  VCU is looking at a huge possibility of finding some of their freshmen in the starting five as the season progresses. Their full potential is still unknown and Coach Rhoades understands that. It seems that he will make use of the depth this team provides.

Another essential piece to the team is heading in their sophomore season as well, Head Coach Mike Rhoades.  “We have to make sure we are building on our foundations” Rhoades said after the game. VCU will continue to build off the progress from last year.  In order for the team to grow, he wants the freshman to learn and fit into the culture they are building here in Richmond.

This young VCU team is predicted to finish 7th in

the A-10, dead in the middle.  There were sometimes during the scrimmage where the players were trying too do to much and show off like over the top dunks, and end up missing.  No one is saying that this is the best VCU team we have seen. However, this scrimmage proved that the Rams talent is anything but average.