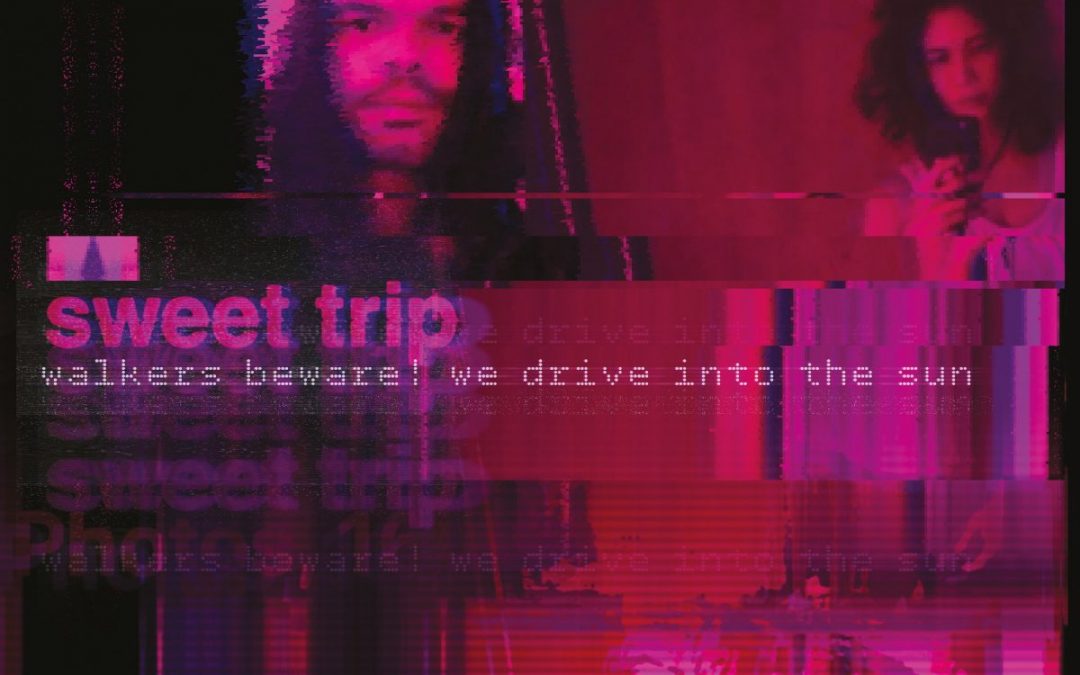 Single: Walkers Beware! We Drive into the Sun / Stab-Slow

Sweet Trip is back once again with some new singles from their upcoming album titled “A Tiny House, in Secret Speeches, Polar Equals” which will be releasing sometime later this year. These two singles are Sweet Trip’s first new material since their 2009 album “You Will Never Know Why” and both songs sound wildly different from one another while at the same time keeping in line with their signature sound from past albums through their use of dreamy instrumentation and electronic experimentation.

Walkers Beware! We Drive into the Sun is the first single and takes a very dream pop influenced approach much like off of their last album. The acoustic guitar backed by a variety of electronic texture and soft reverb drenched vocals makes this a really enjoyable listen. I really liked the use of a drum machine in addition to a standard kit, and the shimmering and layered synth lines towards the climax of the song. There’s a lot of really great sounding and catchy melodies in this one and if you’re at all interested in dream pop or some interesting electronic indie this is a track for you.

The second single is titled “Stab-Slow” and sounds a lot more like a song off of their earlier record “Velocity: Design: Comfort with it’s trance-like drums and IDM influences. Just like the previous track there’s a lot of really engaging sonic textures with glitchy samples phasing in and out, various drum and percussion effects and some more gorgeous synth lines dispersed throughout the track. The vocals are no longer in the forefront of the track and instead take a backseat to the rest of the instrumental layers feeling more like a sonic texture than a melody. The track is constantly shifting, changing, speeding up, and slowing down, with influences from lots of electronic genres like house music trip-hop. This was definitely my favorite of the two tracks and is a compelling listen all the way through.

I’m really glad to hear some new material from Sweet Trip this year and I’m really excited about their upcoming album release as well. They recently remastered their 2009 album “You Will Never Know Why” and their new album is slated for a Spring 2021 release. You can listen to both these singles below.