The Washington Football Team falls to Kyler Murray and the Cardinals 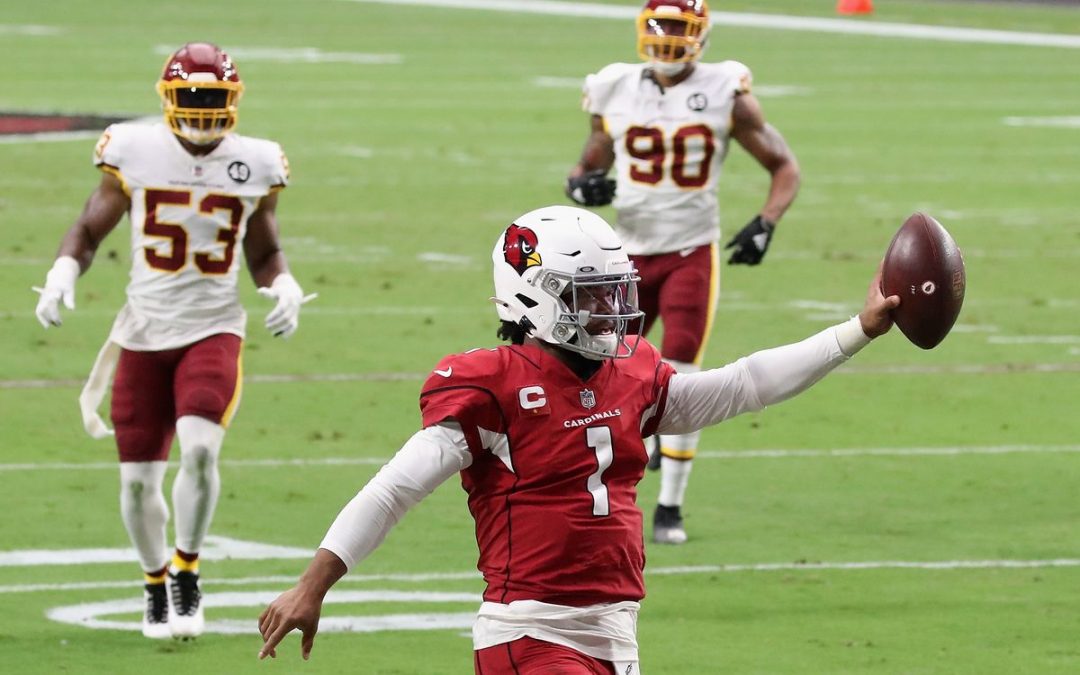 In what felt like a blowout, the Arizona Cardinals handled the Washington Football Team with ease. In a 30-15 loss, the Football Team had a lot of its weaknesses exposed. The offense shot themselves in the foot with stupid penalties early in the game, receivers failed to get open, the offensive line was getting blown off the ball, the secondary was toast, and Haskins looked subpar… again.

Let us begin with the penalties and other stupid mistakes, right off the bat with the initial kickoff, Steven Simms is called for an illegal block that sets the offense back 10 yards. Then, on the punt of that drive, another penalty for holding, giving Kyler Murray and the Cardinals an extra 10 yards of field position. Later on that drive, Landon Collins is flagged for Defensive Holding setting up the Cardinals with First and Goal inside of the 10 yard line. Later in the 1st Quarter, Landon Collins intercepts the ball and sets up the Football Team’s offense with a chance to tie the game, but on first and goal, Haskins is sacked and coughs up the football. On the ensuing AZ possession, the Football Team’s defense forces a punt, which is then muffed and turned over by Steven Sims, leading to a Cardinals score.

The Offensive line looks outright terrible on the pass block, and it didn’t help that Brandon Scherff went down with a knee injury. Every pass play, the Washington Offensive line was getting blown back three yards, I mean just look at this (volume warning)

I hate to say this but Grant Paulsen is right, this is the worst possible thing you can do for a young QB. If he can’t trust in his Offensive line to keep him protected, how is he supposed to be comfortable in the pocket?

Haskins has looked middling to okay these past two games, but what if he was able to have some time to make his progressions and throw the ball? I for one, think he’d look marginally better. Another way the Washington Football team could improve this offense would be to get Haskins some receivers that can catch the ball aside from Terry McLaurin. Steven Sims, Dontrelle Inman, and Logan Thomas can only get you so far in this league.

It’s not all bad though. Antonio Gibson looked really great. I think he could be our go to guy for the next couple of years. He’s a shifty back who’s able to make something out of nothing, and it’s been a while since this team has seen that quality in a running back. What we should remember from this game is that the Arizona Cardinals and Kyler Murray are confirmed: VERY GOOD at football. They’re tied with Seattle and the LA Rams for the top seed in the NFC West, which is a really competitive division this season and could even produce a Super Bowl champion.