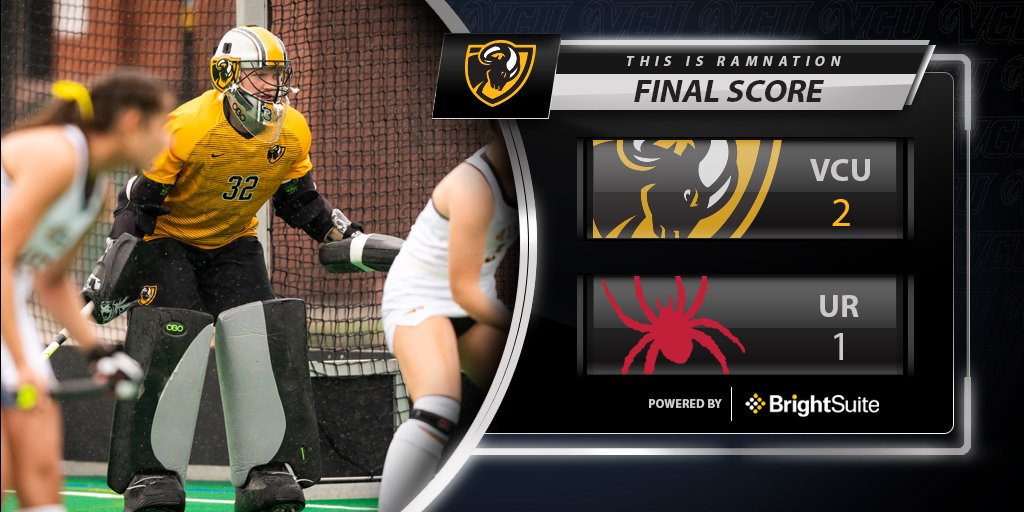 The Rams played the Spiders at Richmond Saturday evening, edging out a win in a shootout to remain undefeated on the season.

Both teams were able to score within the first 3 minutes of the first period with Richmond’s Steffie Bongers taking the first goal. VCU was able to respond quickly, however, as Janne Wetzel tied the game with an assist from Maite and Svea Sturm off a corner. After that, the game would be tied through all 4 periods and 2 overtimes before heading into a shootout.

The Spiders held control of the pace in the second period, holding the Rams to a total of 0 shots. In the third period, VCU began to take control of the game with Emily Van Hijfte taking a shot only to be blocked by Erika Latta of the Spiders. VCU started to become more aggressive in the fourth period, being able to get 4 shots in, all coming from corners. The game, however, remained at 1-1 and both teams headed into overtime.

The Rams were able to get many good shots throughout the two overtimes played however, all were either blocked or just missed the goal. By the end of the second overtime, the score was still 1-1 and the game went into a shootout with both teams having 4 players take a shot at the goal to decide the winner.

In the shootouts, Rams goalie Sasha Elliott was able to block 3 of the 4 shots by Richmond. Latta, of the Spiders, was only able to block 1 shot. Janne Wetzel closed the game out for VCU with the last shot and the Rams won the shootout to win the game 2-1.

VCU will have another road game next Saturday at Davidson where they look to sweep their series with the Wildcats.

What Are We Standing