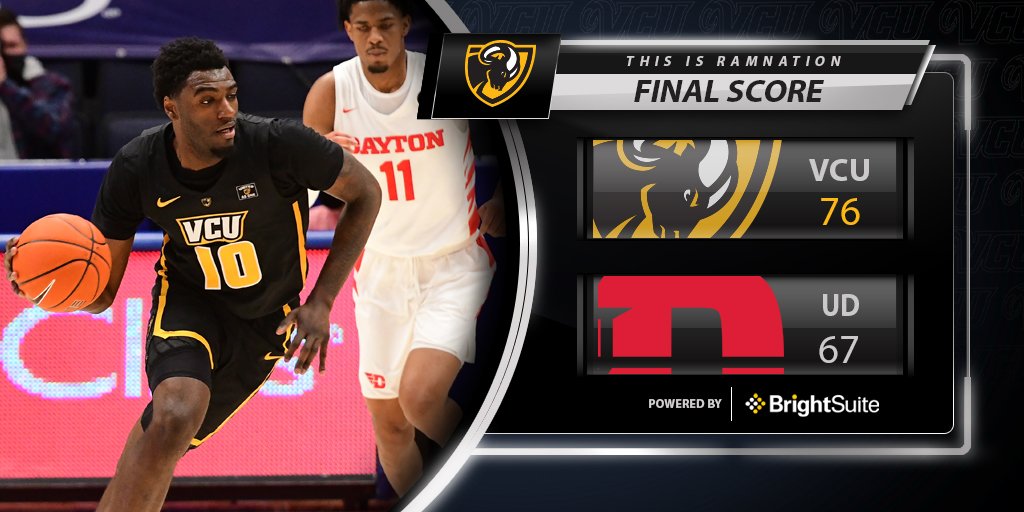 RICHMOND, Va. — VCU defeated Dayton 76-67 at UD Arena on Tuesday, Feb. 9. Yesterday’s win has the Rams on a 4 game winning streak heading into their matchup with St.Bonaventures this Friday.

The Black and Gold trailed for most of the first half, but junior forward Vince Williams nailed back-to-back 3-pointers during a 10-0 VCU run that provided the Rams with a 39-38 lead with 2:36 left in the first. Williams went 7-of-14 from the field, including 5-of-8 from downtown on the way to a career-high scoring night of 19 points. The Toledo, Ohio native provided 13 points in the first half alone to help the Rams to a 41-39 lead. Sophomore standout Bones Hyland supplied 14 of his 19 points in the second half as VCU held off the Flyers. He was 3-of-5 from 3-point range and played all 40 minutes in the contest. Senior forward Levi Stockard III and freshman guard Ace Baldwin added 10 points each to the VCU cause. Baldwin also chipped in with three assists and a pair of steals. Dayton pulled within one point with 5:59 left, but more Hyland heroics put the game away. He scored seven straight VCU points, including a long 3-pointer from the wing, to give the Rams a 73-67 cushion with 3:16 remaining.

The story of the game was efficiency. VCU committed a season-low eight turnovers while forcing 16 Dayton miscues. The Rams outscored the Flyers 29-8 off those turnovers. In addition to ball security, the Rams were great on offense. VCU shot 50 percent (27-of-54) from the field in the game, including 52 percent (12-of-23) from the 3-point line. VCU also continued their strong free-throw shooting by finishing 10-of-11 at the charity stripe.

The Black and Gold are now 14-4 on the season and 7-2 in conference play. The Rams’ next scheduled contest will be on Friday, Feb. 12 when they match up with the Bonnies at 7 p.m. on ESPN 2 for first place in the A-10.