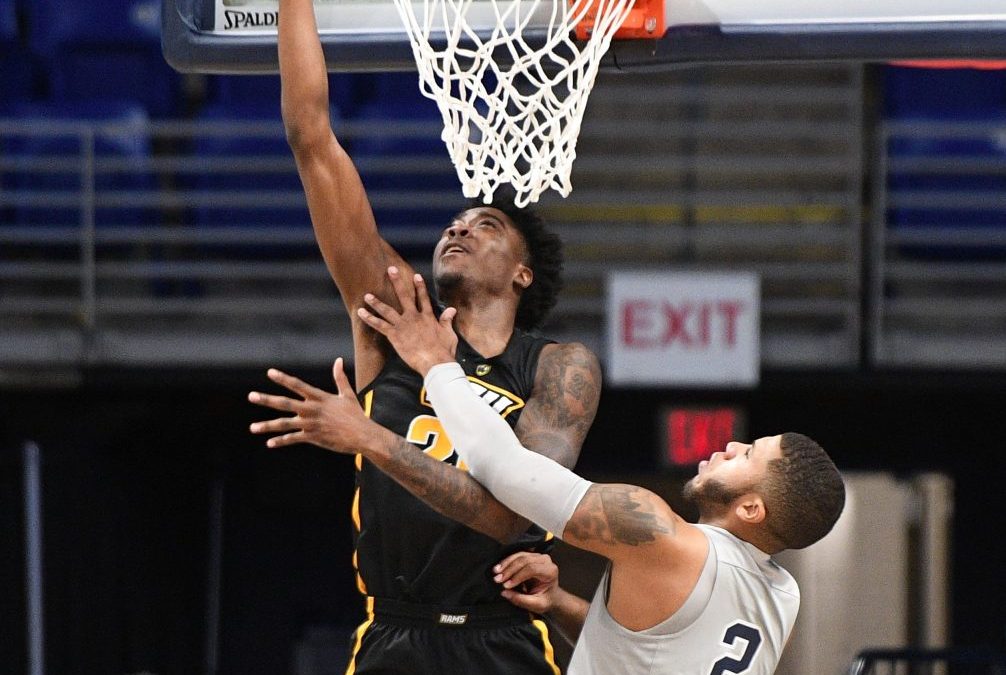 The first-ever meeting between these teams could not have been any closer. The Rams and Nittany Lions played a back and forth game throughout. Both teams found themselves trading blows, and leads, for most of the first half. There were six lead changes and six times the game was tied in the game. VCU crept within two points with 8:02 left, but Seth Lundy sandwiched a pair of 3-pointers around a three by teammate Sam Sessoms to push the Nittany Lions to a 64-56 advantage with 5:53 remaining. The Rams trailed 68-60 with 3:46 left, but Bones Hyland ignited a 9-1 VCU run with a 3-pointer from the right-wing in transition to tie the game at 69. VCU freshman Jamir Watkins nearly sent the game to overtime when he drove the left baseline for a game-tying reverse layup with 8.5 seconds remaining, but following a Penn State timeout, Jamari Wheeler swung the ball around to Myles Dread, who connected on his only field goal of the game to give PSU the victory at the final horn. Dread, a Gonzaga College High School alum, and former D.C. Gatorade Men’s basketball player of the year did not do much if anything at all during the first 29 minutes and 50 seconds of the basketball game yesterday, but what he did in the last 10 seconds was the most important thing in the entire game.

The story of the game was the offensive explosion from sophomore forward, Seth Lundy. Lundy blew his career-high of 19 points out of the water last night, by dropping 32 points on the Rams. The sophomore went 11-19 from the field, 5-10 from three, and 5-6 from the free-throw line. Along with his 32 points, Lundy recorded four rebounds and two blocks to put the exclamation point on a career day.

VCU will host Mount St. Mary’s on Saturday, Dec. 5 at 2 p.m. in its home opener at the Stuart C. Siegel Center. The game will be broadcasted on MASN2.