The Rams defeated the St. Joseph’s Hawks in the final game of the A-10 Tournament to claim their first-ever championship and an undefeated season.

The first period was all about defense, as both teams wanted to get the first goal of the game. The only shot was taken by Hawk’s Emily Peters off a corner, but goalkeeper Sasha Elliott was there to block the ball.

The second period had both teams getting many opportunities at the goal as VCU took 5 shots, 4 of which were blocked by St. Joseph’s goalkeeper, Robin Bleekemolen, and the Hawk’s taking 4, all blocked by Elliott. The score at the end of the half was 0-0.

The third period was like the first, with both teams stepping up their defense. Only one shot was taken by St. Joseph’s Cassidy Atchison off a corner. That shot was blocked.

The first goal of the game came in the fourth period from Sophomore, Lonica McKinney. The Rams were putting pressure on the Hawk’s defense in the first two minutes. Georgia Carr-Brown took her shot at the goal but was blocked by Bleekemolen. McKinney then followed up with two shots of her own, the first being blocked and the second giving the Rams their first goal of the game. St. Joseph’s tried to respond but their shot went wide of the goal. VCU wasn’t going to take any chances, however, as they kept pushing the ball up the field with Brown, assisted by Maite Sturm, hitting the ball into the goal to put the Rams up 2-0 and cementing their win.

With the final seconds counting down, the team knew that they had just completed a historical season. The players ran onto the field after the game to embrace each other as they just went from title contenders to champions. Their final record for the season was 9-0. 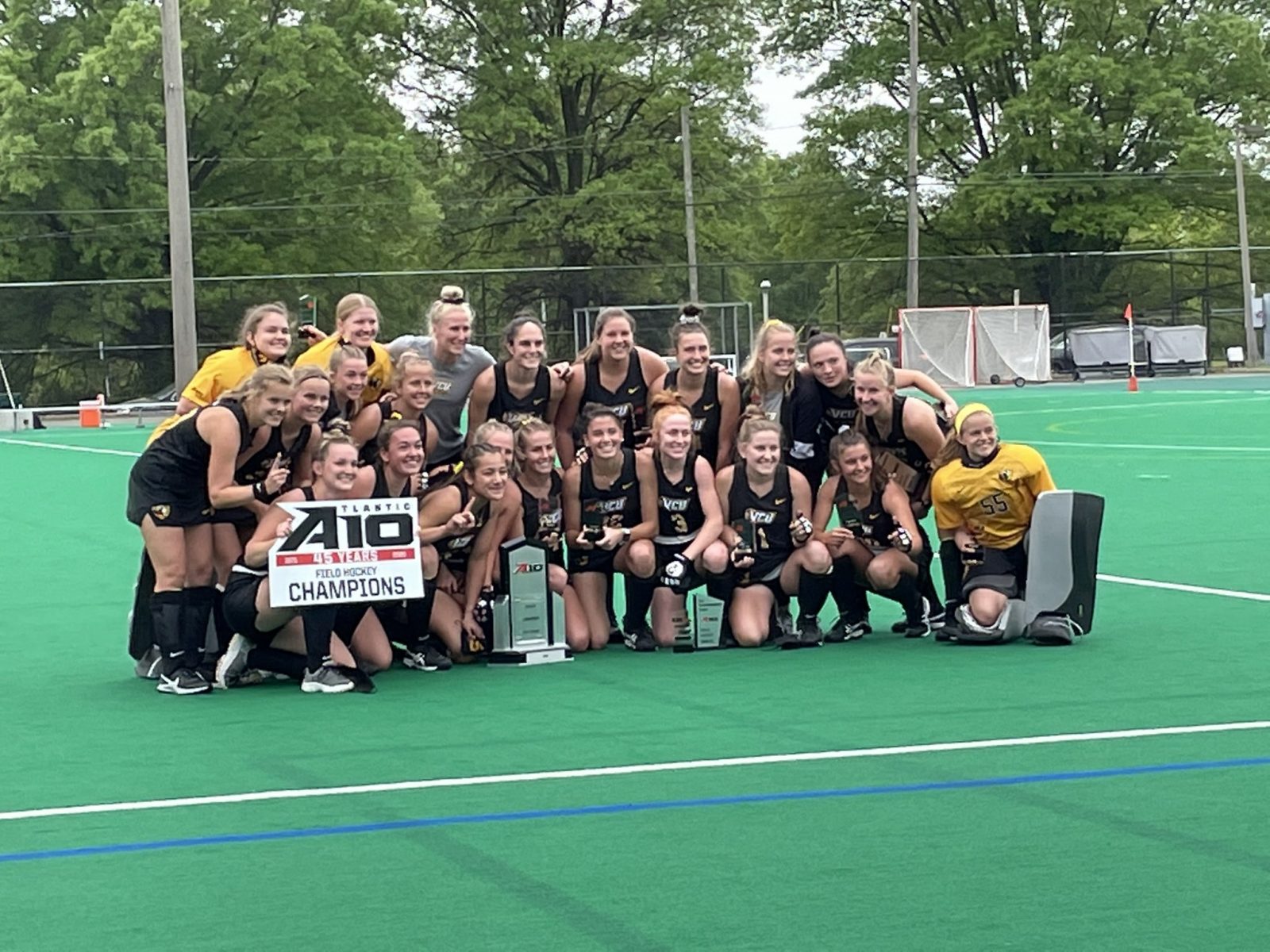 VCU punched their ticket to the NCAA Tournament for the first time in program history. They will find out who their first-round opponent will be tonight at 10 p.m. The tournament will be held at Karen Shelton Stadium in Chapel Hill, NC.