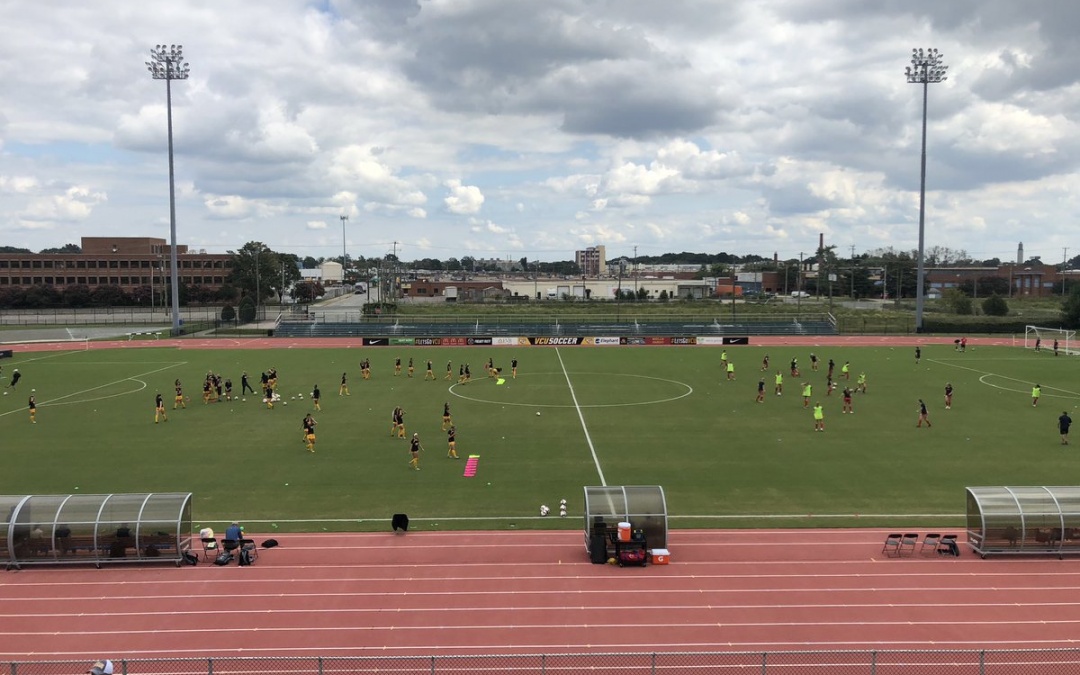 The Rams started the match aggressively recording their first shot in just the first minute of play. They’d have another two shot attempts in the 8th and 9th minutes which forced Duquesne’s Kyra Murphy to prove her goalkeeping abilities early.

Duquesne would record the first goal of the match though. In the 23rd minute Abby Losco intercepted a VCU pass and forced her shot past redshirt senior goalkeeper Audrey Sanderson into the lower left corner of the net. The Rams would not give up there though. Freshman Lana Golob had a chance to equalize in the 41st minute, but it was saved by Murphy. Redshirt sophomore Emma Kershner had a great attempt just before the half that sailed just wide of the Duquesne goal.

At the half, VCU had outshot Duquesne 8-3 but still found themselves trailing 1-0. They’d start the 2nd half strong as senior forward Kelly Graves struck a shot from outside of the penalty box but Kyra Murphy would once again make the save. VCU would tie the game in the 84th minute on a back-heel flick by Graves, as she found herself in an opportune spot to finish a pass from CiCi Fox who had played a cross from junior defender Sarah Gibson masterfully. Gibson and Fox would both be credited with assists on the goal/

The Rams would have a chance to win the game in regulation time when a corner kick from Emma Kershner was nearly converted into a goal by a header from junior Ingrid Brouwer. The shot sailed above the goal and the teams were then headed to sudden victory overtime.

In overtime, Audrey Sanderson would make a diving save in the 97th minute to keep the match going and VCU’s hopes of a win alive. The payoff would come for the Rams in the 2nd period of overtime, as CiCi Fox played a cross from sophom

ore midfielder Karen Lohrmann off of her head from just outside the 6-meter box to the bottom left corner of the net to seal the Rams victory.

VCU Women’s Soccer will take on Davidson at Sports Backers this Thursday October 4th at 7:00pm as they look to improve their already impressive season record of 9 wins and 2 losses. The Rams have 6 matches left before postseason play, all of which are within their conference.