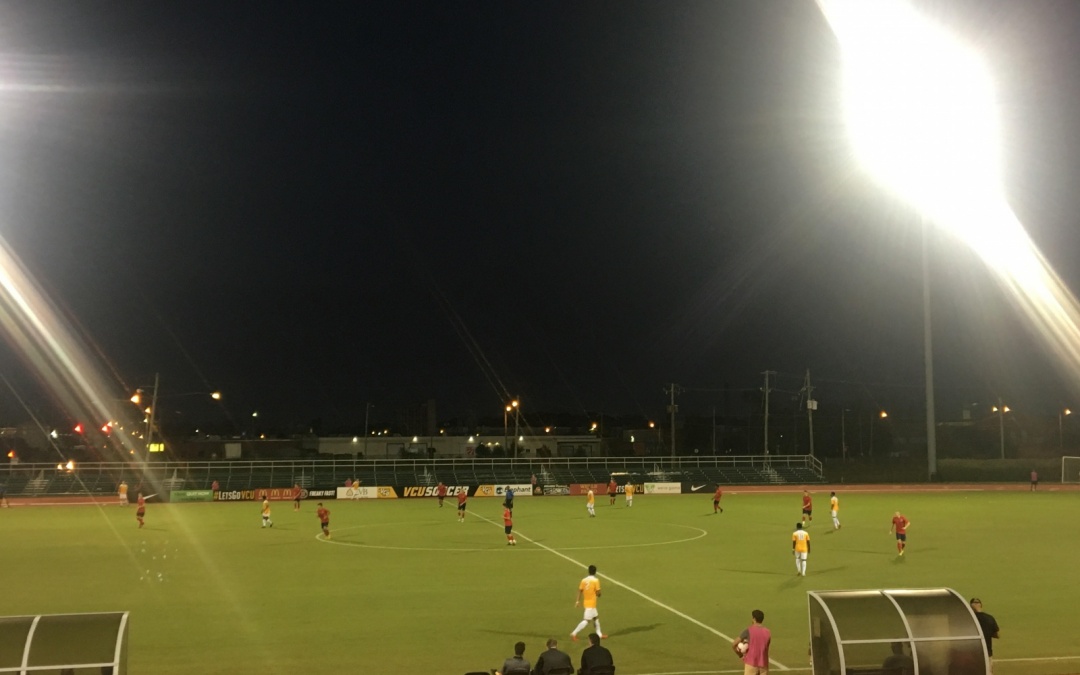 The Rams came out to Sports Backers Stadium on Saturday night looking to defend their undefeated record in A-10 conference play.  Duquesne entered with a record of 0-0-1, and looked early like they could score an upset win, as the Dukes outshot the Rams early on.

The first goal of the match came in the 22nd minute, as junior Ryo Shimazaki scored into the bottom corner of the net.  Fellow junior Siad Haji set up the give-and-go play, one of two assists Haji would earn throughout the match.

The second goal put the match out of reach in the 88th minute, leading to loud cheers from the larger than normal crowd.  Senior midfielder Peter Pearson took advantage of an aggressive Duquesne offense that had mostly left their half of the pitch undefended, scoring his second goal of the season.  The goal was once again assisted by Haji, his second of the game, as Haji delivered a long pass to Pearson. Those two assists bring Haji’s assist total to seven, which leads the team.

Duquesne ended up outshooting the Rams, but the difference proved to be VCU goalkeeper Mario Sequeira, who earned three saves throughout the match, including one that was just barely stopped by his outstretched gloves in the second half.  This preserved the seventh shutout of the season for the Rams.

Saturday night was a special night for the program, as VCU Men’s Soccer celebrated its 40th season by having members of the inaugural 1978 soccer team, as well as 1978 head coach Ben Satterfield, stand at center field to be honored at halftime.

The Rams, who improve to 3-0 in conference and 7-4 overall, play their next match on the road against Saint Louis on Wednesday.