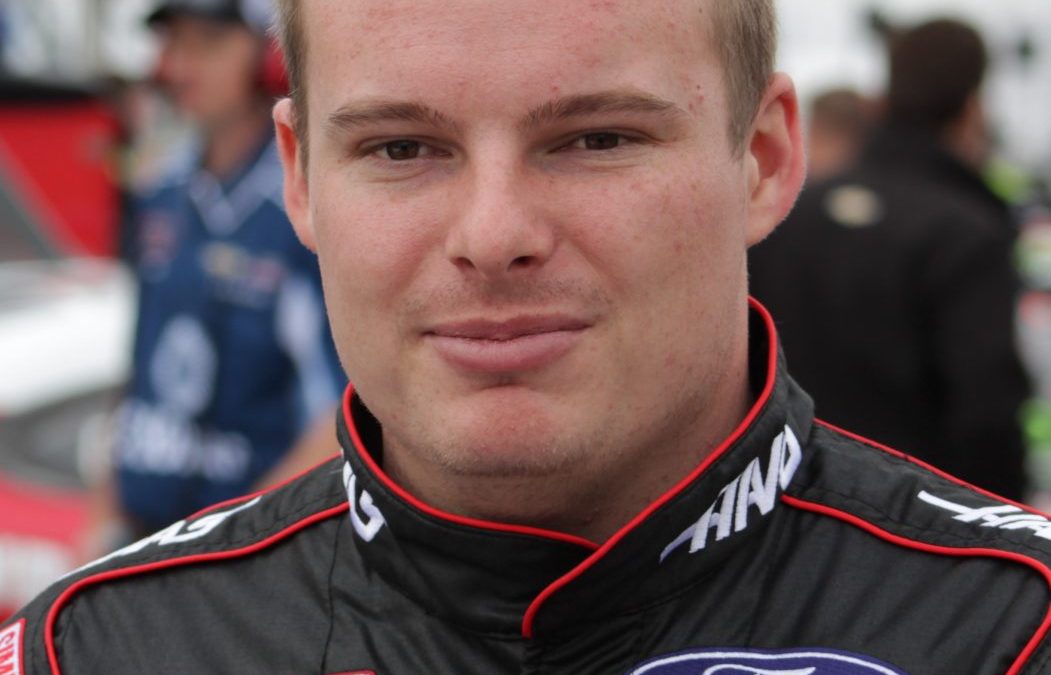 RICHMOND, Va—“Yeah, you really pissed me off,”

Why would Cole Custer say that to his crew chief, Mike Shiplett, after a dominating win in Friday’s ToyotaCare 250 at Richmond Raceway?

“Every time I told him it was going to rain, he drove faster.  I just kept telling him it was coming,” Shiplett said.

Custer led 122 laps and won stage two en route to a 2.639 second win over Austin Cindric.  It was Custer’s 2nd win of the season and his 4th win of his career, all with Stewart-Haas Racing.  Justin Allgaier, who led 86 laps, came home third, while series points leader Tyler Reddick and Ryan Sieg rounded out the top five.

Custer also secured a $100,000 bonus check from the Dash4Cash program by being the highest finishing qualifying driver.  Custer, Cindric, Allgaier and Reddick are eligible in the next D4C race at Talladega.

The race, like the rest of the Friday schedule, was plagued by the threat of rain.  Weather washed out Xfinity series qualifying, putting Riley Herbst on the pole due to owner points.  Herbst finished ninth in his second career Xfinity start.

Custer jumped out to an early lead before Allgaier passed him on lap 20.  Allgaier would hold the lead through the first caution, when Manassas native Mason Diaz got a flat tire and crashed entering turn two.  Michael Annett stayed out of the pits under yellow to inherit the lead, but Allgaier passed him almost immediately on his way to a stage one win.

On the restart, Allgaier rocketed away, holding the lead over Christopher Bell and Custer.  Bell’s car came on strong in this stage, clearing Custer with ease on lap 85 and constantly closing throughout the stage, cutting Allgaier’s lead to as little as two car-lengths.

Jeremy Clements’ engine expired on lap 127, bringing out the third caution.  With rain approaching, Allgaier and five cars at the tail of the lead lap stayed out while the rest of the frontrunners came in for fresh tires.  The speed disparities on the restart led to contact, with Bell, John Hunter Nemechek and Noah Gragson making contact entering turn three causing Bell to spin.  Bell sustained heavy left-front damage in the incident.

With Bell out of contention, Custer got away with the lead on the ensuing restart, winning stage two over Cindric and Nemechek.  Allgaier took the opportunity to get fresh tires during the stage break, which led to him going from 16th to 3rd in just 14 laps after the restart.

Gragson spun out with 30 laps to go, triggering the final caution of the event after contact from Kaz Grala.  Cindric passed Custer briefly on the restart, but stage three was dominated by Custer, who never looked back after passing Cindric back on lap 231.

Ryan Sieg finished fifth in his family-owned Chevrolet.  With the finish, Sieg now has a career high in top-fives (two) and top-10s (five) after only eight races.  Sieg finds himself ninth in points leaving Richmond.

Emporia native Elliott Sadler, who was making his first start since retiring from full-time competition last fall, finished 12th after starting 27th in his Kaulig Racing Chevrolet.  Sadler said pre-race that he is “adamant” that this season’s limited schedule will be the last races of his career.

The series will take a week off for Easter before going to the 2.66 mile Talladega Superspeedway in Alabama on April 27.  Tyler Reddick extended his points lead to 24 points over Bell, with Custer, Cindric and Allgaier rounding out the top five in points.